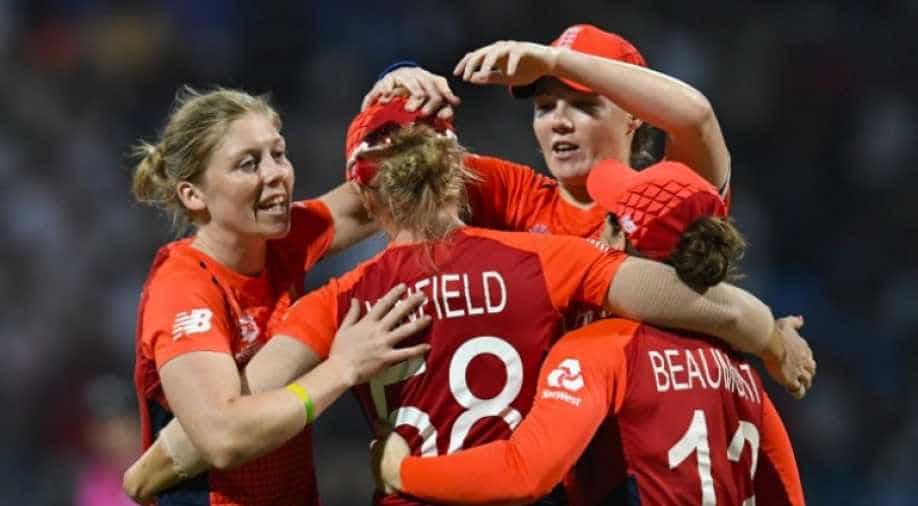 England dominated the game in both the innings and did not give India any hope of getting a breakthrough.

In a shock decision, the Indians excluded their all-time record T20 runscorer Mithali Raj, instead retained the same team which defeated Australia in their final group game in Guyana five days earlier while the strategy failed.

England will meet Australia in the final after the Southern Stars demolished hosts and last edition's winners West Indies by 71 runs.

For England, Kirstie Gordon (2/20), skipper Heather Knight (3/9) and Sophie Ecclestone (2/22) wreaked havoc as seven Indian batters failed to get into double figures on a day when Women In Blue decided to drop their seniormost player Mithali Raj.

While chasing, England coasted along nicely to reach the below-par target in only 17.1 overs.