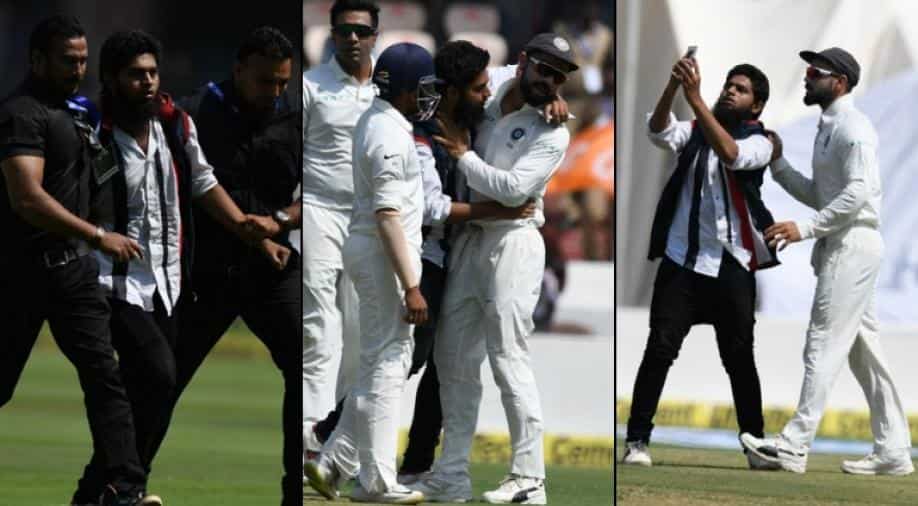 The fan managed to get a selfie. He did not get the kiss.

Indian bowlers took three early wickets on the first day of the second and final Test against the West Indies in a fun-filled morning session.

Things arguably turned even more fun when an overenthusiastic fan breached security at the Hyderabad cricket ground to plant a kiss on Indian captain Virat Kohli's cheek and take a selfie with him.

The fan managed to get the selfie. He did not get the kiss — security managed to stop him (and Virat pulled back) before he could plant a kiss on Virat's cheek.

Virat looked very upset while security personnel overpowered the youngster and hauled him off the field.

The crowd in the meantime roared and clapped.

West Indies were 86 for the loss of three wickets at lunch.

Earlier, West Indies captain Jason Holder won the toss and elected to bat against India in the second and final Test.