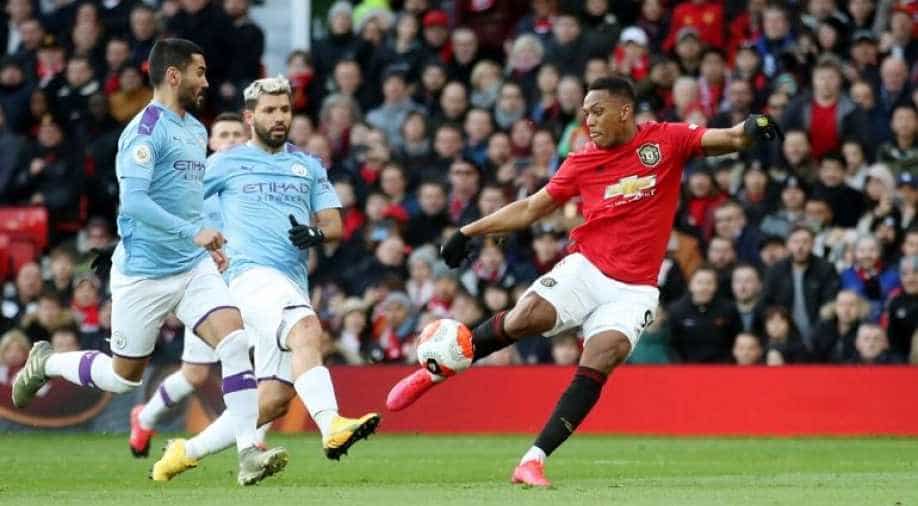 Manchester City has been dominating the derby since past few years but Red Devils under Solskjaer have beaten their arch-rivals three times this season.

Martial and McTominay capitalized on Ederson's (Manchester City's goalkeeper)  mistakes during the game.

Bruno Fernandes' quick-thought scooped free-kick created a chance for Anthony Martial to squeeze his shot under Ederson's right hand to give United a lead in the 30th minute.

Manchester City has been dominating the derby since past few years but Red Devils under Solskjaer have beaten their arch-rivals three times this season.

United stay unbeaten in 10 games in all competition. Ole Gunnar Solskjaer's boys are currently on fifth in the Premier League points-table, closing into the fourth position (currently held by Chelsea) to qualify for next year's UEFA Champions League.

They are now three points away to steal Blues chance to make it to the European Championship. Manchester United could make it to the Champions League despite sitting on fifth if Manchester City's appeal against UEFA ban is not uplifted by Court of Arbitration for Sport.

Seven match defeats in the league for Pep Guardiola and Co means that Liverpool is just two games away from lifting the Premier League cup after 30 years.

Ole was pleased by his players' performance, he said: "The desire, attitude, commitment, the connection between fans and players."

"What a day they've had today," he added.