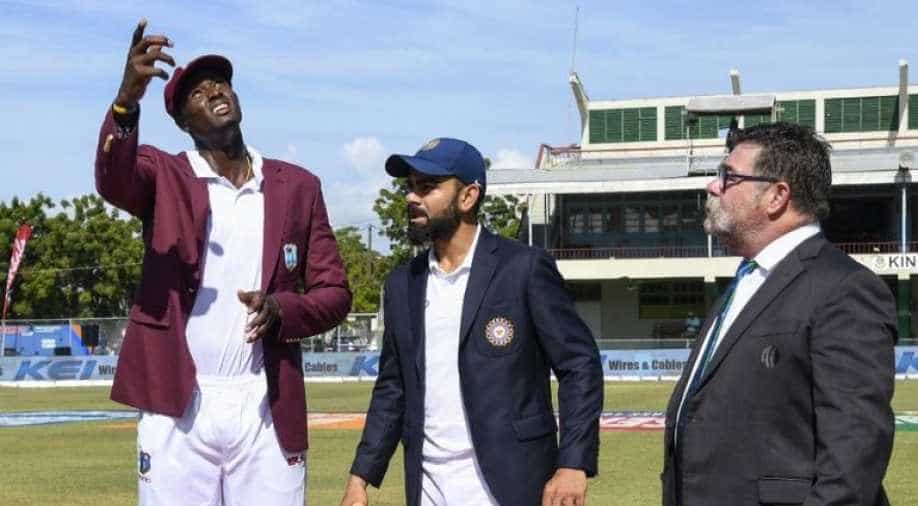 West Indies won the toss and put India in to bat in the second test in Kingston on Friday as the hosts look to level the two-match series against Virat Kohli's top-ranked test side.

India named an unchanged team for the match while West Indies have handed all-rounder Rahkeem Cornwall and wicketkeeper Jahmar Hamilton debuts. Hamilton is in the side for the injured Shai Hope.

"We wanted to make use of the grass and moisture and try to get into India's middle order," Windies captain Jason Holder said at the toss.

However, the start of play was overshadowed by West Indies great Viv Richards appearing to fall ill during his pre-match media duties. He had to be helped off the field, according to ESPNcricinfo.

India lead the series 1-0 after winning the first test in Antigua by 318 runs.

The series is part of the new World Test Championship which involves the nine top-ranked test nations competing in a league between July 2019 and April 2021.