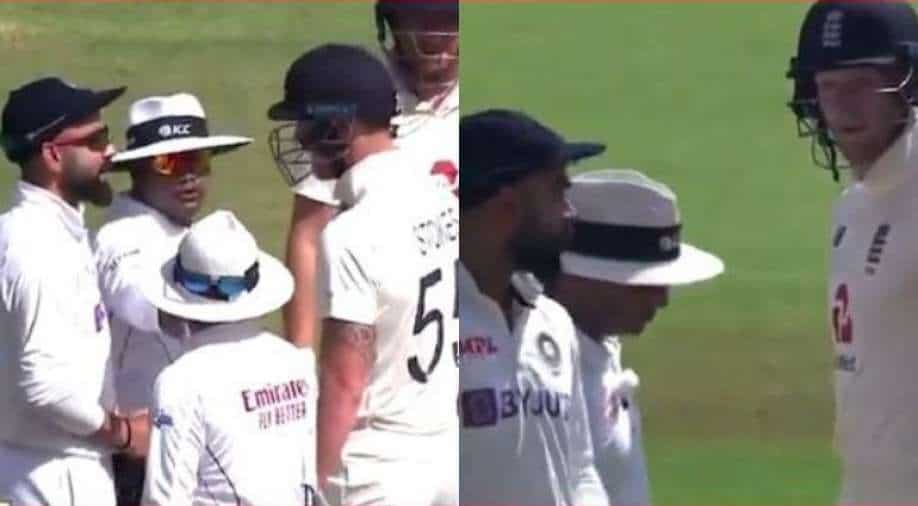 Kohli ticked off after Ben Stokes' said something, probably to Siraj, after the young pacer bowled a bouncer.

Indian skipper Virat Kohli and England's Ben Stokes exchanged some heated words on Day 1 of the fourth Test at the Narendra Modi Stadium.

ALSO READ: IND vs ENG, 4th Test: All you need to know about the pitch in Narendra Modi Stadium

Kohli ticked off after Ben Stokes' said something, probably to Siraj, after the young pacer bowled a bouncer. An argument took place between Kohli and Stokes as the umpires intervened to calm both the cricketers.

One of the things you'll love about Virat Kohli. He'll always come in defence of his team members. pic.twitter.com/4Tkm2d5aEA

Virat Kohli and Ben Stokes, earlier, were involved in a funny banter during the third Test when the England all-rounder stopped mid-way through his batting stride due to disturbance in the sightscreen.

Team India are off to a good start as Axar Patel removed the openers quickly and Siraj getting a big wicket of England skipper Joe Root. Jonny Bairstow and Ben Stokes are trying to revive the innings with their partnership.

India is leading the four-Test series 2-1 and only need a draw to secure a place in the final of the World Test Championship.