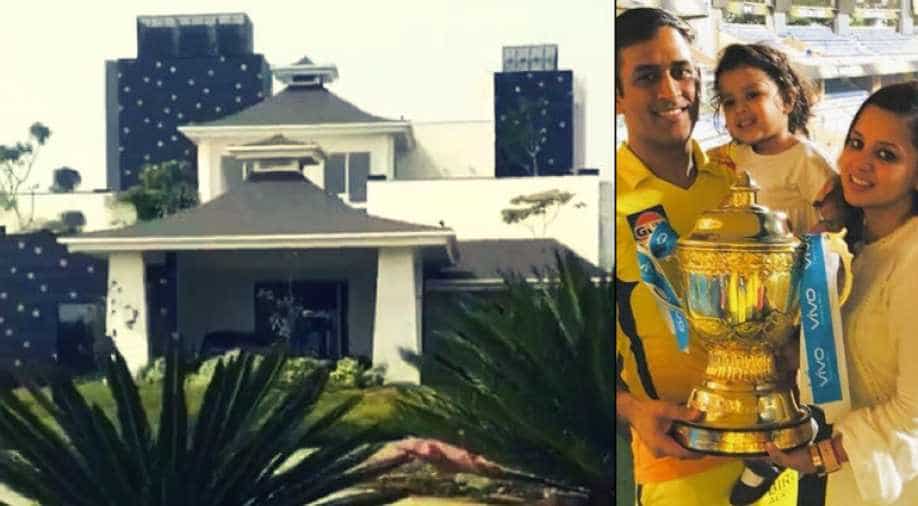 Chennai's skipper MS Dhoni has returned to his farmhouse in Ranchi after winning the eleventh edition of Indian Premier League after defeating Hyderabad in the finals at Wankhede Stadium.

The victory has become emotional for the "Yellow Brigade" as MS Dhoni-led Chennai marked a return after serving a two-year ban and produced a stunning performance to clinch the trophy for the third time.

On Tuesday, MS Dhoni's wife shared a video on Instagram in which she gave a sneak peak of his beautiful house in Ranchi and captioned it "Back home !!!"

After winning the IPL trophy, the cricketer along with his wife Sakshi Dhoni and daughter Ziva has returned to their Ranchi farmhouse to spend some quality where their pet dogs were waiting to welcome them.

The farmhouse named 'Kailashpati' has a gymnasium, swimming pool, park, and even a few indoor stadiums for several sports.

It is embellished with plush interior decoration with high-end and classy upholsteries. The property looked mammoth with enormous greenery and offers privacy for the Dhonis.