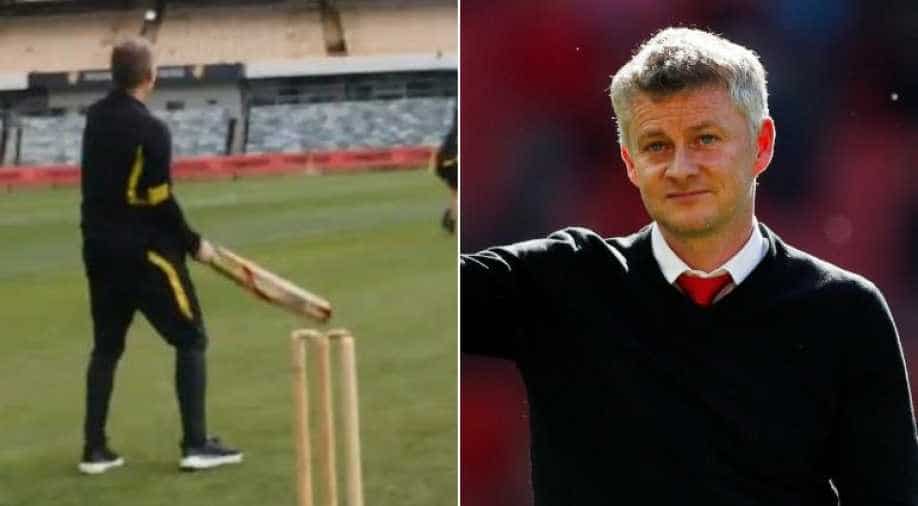 The twelfth edition of Cricket World Cup is over but Manchester United boss Ole Gunnar Solskjaer is still affected by the frenzy as he enjoyed playing cricket during United's pre-season friendly tour in Australia.

In Australia, Manchester United played two matches against Perth Glory and Leeds. In the first match, Marcus Rashford and James Garner scored as Solskjaer's side defeated Perth 2-0. In the second match, the Red Devils thrashed their arch-rivals Leeds 4-0.

The matches during Australia tour were played at the Optus Stadium in Perth, which is quite close to the WACA — the Western Australian Cricket Association stadium, where Solskjaer tried his hands on the game of cricket.

In a video uploaded by Manchester United's Twitter handle, Solskjaer can be seen taking the strike. He lost his wicket on the first ball he faced.

We couldn't leave the WACA without playing cricket! 🏏

Fresh from his catch, see how Carras impressed at the crease too... #MUTOUR https://t.co/sNExBvqIdB

Now, Manchester United will continue their further pre-season games in Singapore and China and will face Inter Milan in Singapore on Saturday.

United kick off their new league season against Chelsea at Old Trafford on August 11.