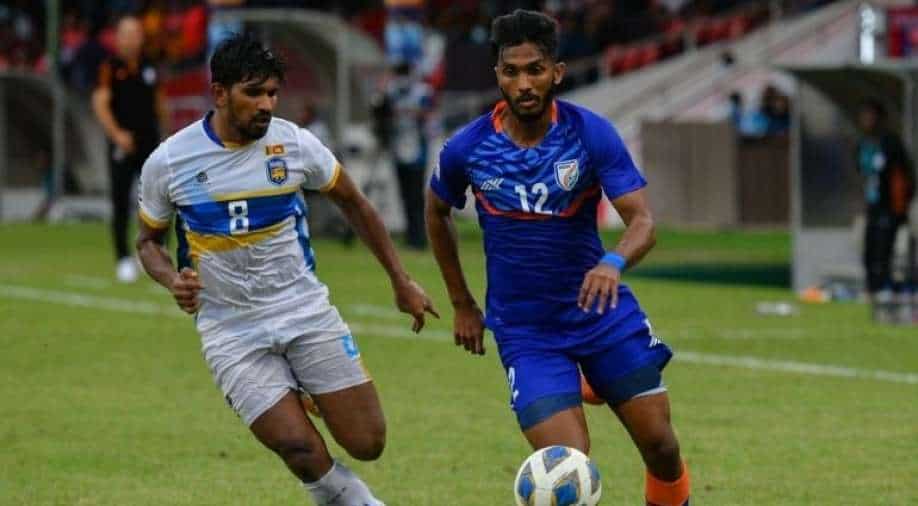 The Blue Tigers play Nepal in their next game at the same venue on Sunday, October 10

The Sunil Chhetri-led Team India was held to a goalless draw by 205th ranked Sri Lanka in their second SAFF Championships match here on Thursday (October 7), which means the Blue Tigers now have two points from as many games.

The official site of All Indian Football Federation stated that India had a dominant start, putting the two fullbacks to use, in order to stretch the opposition but the Sri Lankan defence was too strong to breach.

Mandar Rao Dessai went on a few dangerous outings, and on the quarter-hour mark, almost found Sunil Chhetri with a dangerous cross.

However, the India skipper could not connect his header, as the ball went inches over him and into the keeper Sujan Perera’s hands.

In the 22nd minute, Liston Colaco had a big chance when Udanta Singh was played through into some space on the right flank and swung a cross into the box. Liston had a free header but mistimed it as the ball looped over the bar.

After that, Udanta again weaved past two defenders into the box and passed it through to Seriton but it was not converted.

The SAFF Championship is the main international association football competition of the men's national football teams governed by the South Asian Football Federation.

The Blue Tigers play Nepal in their next game at the same venue on Sunday, October 10, with the match kicking off at 9.30 pm IST.