WATCH: Declan Thompson's father breaks down as he makes his Sheffield debut 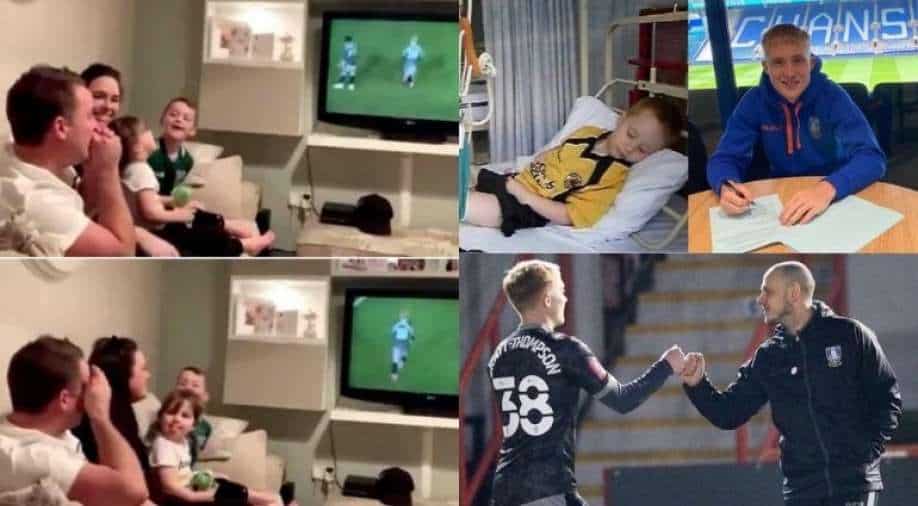 "It was quite emotional to watch the video of my family watching me on the TV coming on," Thompson told swfc.co.uk.

Sheffield's Declan Thompson made his debut in professional football on Saturday after the youngster was told that he may never walk again due to Perthes disease, which is a rare childhood condition that affects the hips.

Due to the disease, Declan was forced to spend the early part of his life on a wheelchair. However, he refused to give up on his dream to become a professional football player and was signed by the Owls last year and made his debut on Saturday.

Thompson's dad, who is an assistant manager of Stocksbridge Park Steels, broke down in tears watching his son debut after a long struggle. The video that emerged on Twitter showed Thompson's father, Lee Thompson celebrating and hen breaking down in tears as Declan walked on the pitch.

This is beautiful ❤️

After being diagnosed with Perthes Disease at a young age, Declan Thompson spent years in a wheelchair and was told he may never walk again.

This weekend he made his full senior debut for @swfc in the #EmiratesFACup, and his family couldn't be prouder! pic.twitter.com/JHb19FdtKd

"It was quite emotional to watch the video of my family watching me on the TV coming on," Thompson told swfc.co.uk.

"Just knowing I’ve made them that proud and you could see how much it meant."

"My grandad was the same, he’s not very well right now but I could see how happy I’ve made him. It’s what makes the FA Cup and this game so special."

Declan Thompson is now an ambassador for Steps, a national charity working for those whose lives are affected by childhood lower limb conditions.

"I was told I wouldn’t play football when I was younger," he continued. "Now I want to be there for other young kids and help push them on and achieve what they set out to. Never say no, it’s not the end."

"I’m an ambassador for Steps and they are a fantastic organisation, a fantastic charity who help so many kids, I’m always in contact with them and looking forward to working with them more in the future."