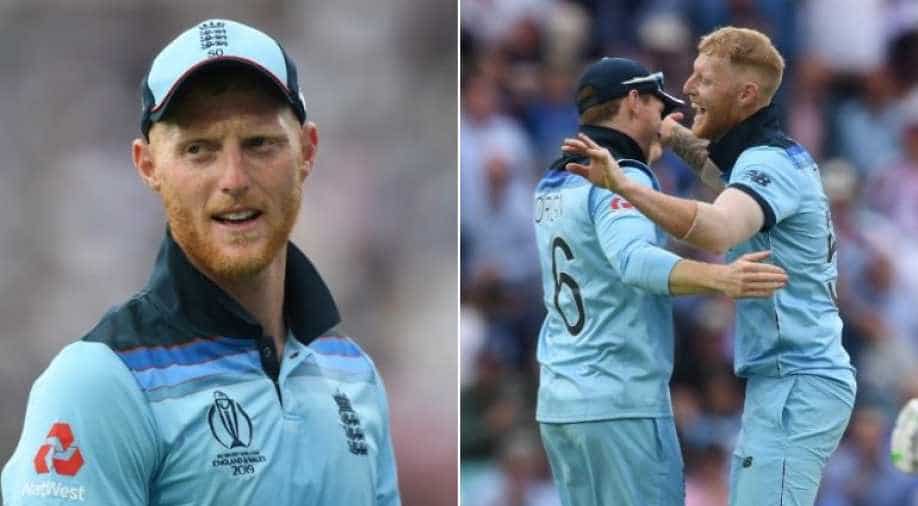 Stokes pulled off a stunning catch to dismiss South African Andile Phehlukwayo, watch it to believe it

English all-rounder Ben Stokes has already raised the bar in the Cricket World Cup 2019 with his excellent batting, economical bowling and magnificent fielding.

Stokes pulled off a stunning catch to dismiss South African Andile Phehlukwayo in the 35th over of England vs South Africa match.

Phehlukwayo hit a shot over the mid-wicket, which was connected well with his bat but Big Ben did the unbelievable. He took the one-handed catch and landed backwards near the fence.

He balanced himself, stood up and ran towards his teammates to celebrate the stunning catch.

While batting, he top-scored with 89 and helped his team to post a solid total of 311 for eight in their opening Cricket World Cup match against South Africa at The Oval on Thursday.

While bowling, he took two wickets in his short spell of 2.5 overs and gave 12 runs.

For his all-round performance, he was awarded the Man of the Match award.

"I was a little further in than I should have been. I panicked a bit I guess but it stuck," Stokes said after the match.

"I shouldn't have been there (initially) and it was probably a regulation catch but I was in the wrong position," he added.

Ben Stokes has just taken one of the greatest catches you will EVER see!

No question about who's the Player of the Match in the #CWC19 opener 👏 #ENGvSA #WeAreEngland pic.twitter.com/2pZwa10xEt

In the match, England started their World Cup campaign on a winning note after crushing South Africa by 104 runs.

The home side made 311 for eight in their 50 overs and South Africa were dismissed for 207 in 39.5 overs, with England paceman Jofra Archer claiming three wickets.