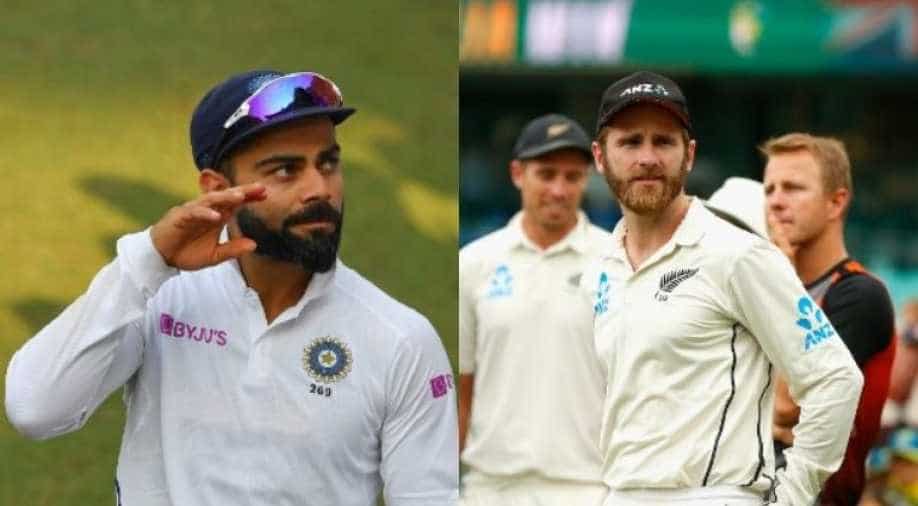 India's tour of New Zealand has come to its final stage, as both heavyweights have outclassed each other in the T20I and ODI series respectively.

India won 5-0 in the five-match T20 series against the hosts, later Kiwis returned the favour by handing India a whitewash in ODI series after 31 years.

The first Test is set to begin tomorrow at Basin Reserve, Wellington. The match will begin on February 21 and will go on till February 25.

India will be looking to bounce back after a humiliating series defeat in ODI series, whereas New Zealand will hope to maintain their confidence after successive victories.

India currently tops the ICC Test rankings, whereas New Zealand is fourth and last time they met, Men in Blue defeated Black Caps on their home turf in the two-match Test series (1-0).

India has been on a hot streak winning Test matches by an innings four consecutive times in the past year.

New Zealand was beaten in the Test series earlier this year by Australia (3-0).

India could play Rishabh Pant after his stunning performance in the practice match against New Zealand XI, whereas, Matt Henry will replace Neil Wagner.

Shubman Gill's chances to make it in the playing XI look slim after under-performing in the practice match.