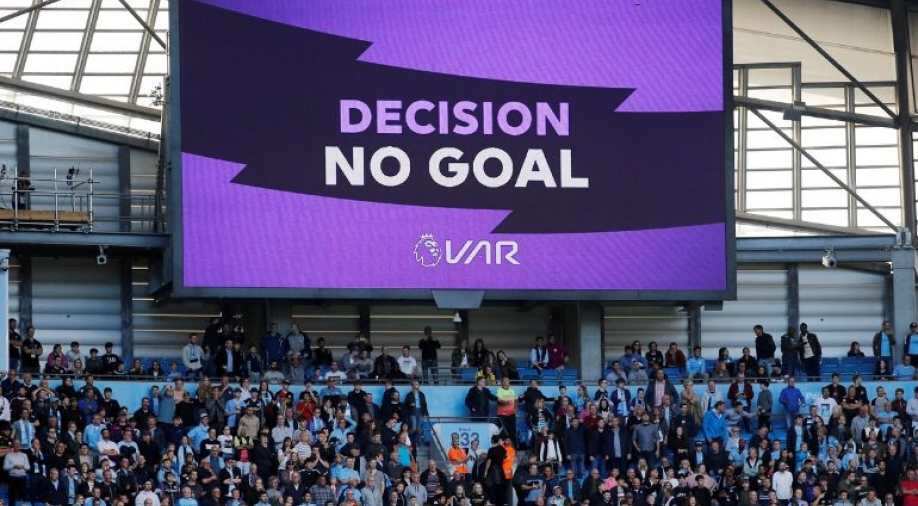 The introduction of the Video Assistant Referee (VAR) has been unable to prevent four wrong decisions in the Premier League matches this season, referees' chief Mike Riley has said.

Riley, managing director of the official referee's body and the man responsible for VAR in England, said technology had "added value to the game" but said there had been incidents where a referee's decision should have been overturned.

"If you look at the four match rounds, 227 incidents have been checked. Out of that we’ve changed six decisions. We think we should have changed 10 in total," Riley told Sky Sports News on Thursday.

“That gives you the scale of where VAR can help and add value to the game, but it also demonstrates that this is still about refereeing a game of Premier League football on the pitch.”

VAR's guidelines state that the technology should only be used to overturn a decision if the on-pitch referee has made a clear and obvious error.

Riley explained that the technology should have been used to award reigning champions Manchester City a penalty in their 3-1 win at Bournemouth and give a spot-kick to West Ham United in their 2-0 victory at home to Norwich City.

He also said Fabian Schar's goal for Newcastle United in the 1-1 draw with Watford should have been chalked off for an earlier handball, while Leicester City's Youri Tielemans should have been sent off in their 3-1 win over Bournemouth.

England's top flight joined Germany, Spain and Italy in bringing in video technology at the start of the campaign and it has played a decisive role in the opening four rounds of games.

Manchester City had an added-time strike in their 2-2 draw at home to Tottenham Hotspur ruled out for a handball by Aymeric Laporte which no-one on the pitch had spotted.

Wolverhampton Wanderers also had a goal ruled out for handball in their 0-0 draw with Leicester on the opening day after a lengthy review, prompting coach Nuno Espirito Santo to say the technology was hurting the sport's spirit.