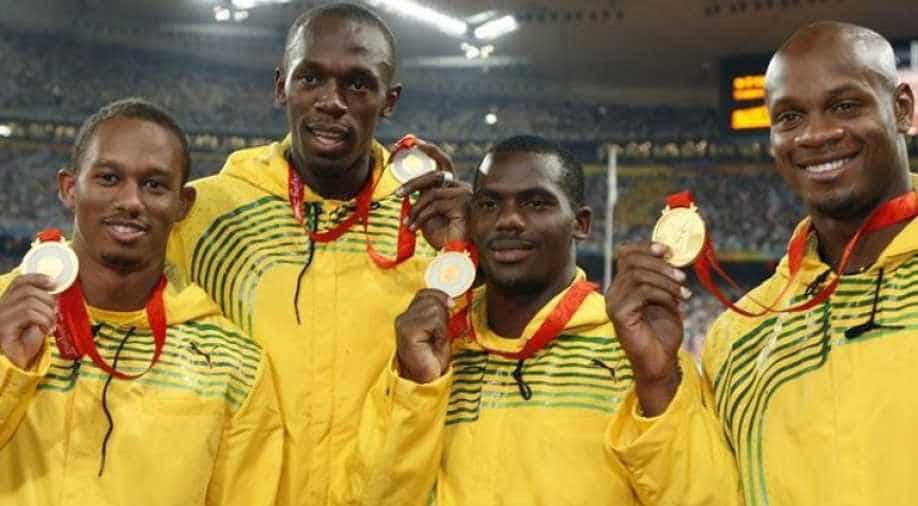 Jamaica's Usain Bolt has lost one of his nine Olympic gold medals and his perfect triple treble of Games' sprint victories after team mate Nesta Carter was found guilty of doping at the 2008 Beijing Olympics.

Carter was found to have taken the prohibited substance methylhexaneamine, the International Olympic Committee (IOC) said, meaning Jamaica's 4x100 metres relay team must give back their gold medals.

Bolt is considered one of the greatest sprinters of all time, having won an unprecedented treble of consecutive golds in the 100m, 200m and 4x100 relay in three straight Olympics.

"It's heartbreaking (the positive test) because over the years you've worked hard to accumulate gold medals and work hard to be a champion... but it's just one of those things," Bolt said.

"Things happen in life, so when it's confirmed or whatever, if I need to give back my gold medal I'd have to give it back, it's not a problem for me." Trinidad and Tobago are set to be promoted to gold in the Beijing 4x100, in which Jamaica set a then world record, with Japan moving up to silver and fourth-placed Brazil earning bronze.

A reallocation of medals is subject to any further results from the IOC anti-doping retesting programme.

First-leg specialist Carter has been a vital member of Jamaica's dominant squad, helping the Caribbean island win gold medals at the 2008 and 2012 Olympics and the 2011, 2013 and 2015 world championships. Carter returned a positive result in re-tests of samples from the Beijing Olympics for the prohibited stimulant methylhexaneamine, the IOC said.

Asafa Powell, who has himself served a six-month doping ban, and Michael Frater completed the Jamaica sprint team at the 2008 race. Nesta was unavailable to comment on Wednesday's IOC announcement, while Powell and Crater declined to comment.

"The Jamaican team is disqualified from the men’s 4x100m relay event. The corresponding medals, medallist pins and diplomas are withdrawn and shall be returned," the IOC said.

"The (international athletics' federation) IAAF is requested to modify the results of the above-mentioned event accordingly and to consider any further action within its own competence."

Methylhexanamine has been on the World Anti-Doping Agency (WADA) Code prohibited list since 2004 although it was reclassified on the 2011 list as a "specified substance".
The IOC programme of revisiting samples uses developments in testing techniques to find traces of drugs that were undetectable in 2008 or at the London 2012 Games.

More than 100 athletes have so far tested positive in re-tests from the Beijing and the London Olympics.