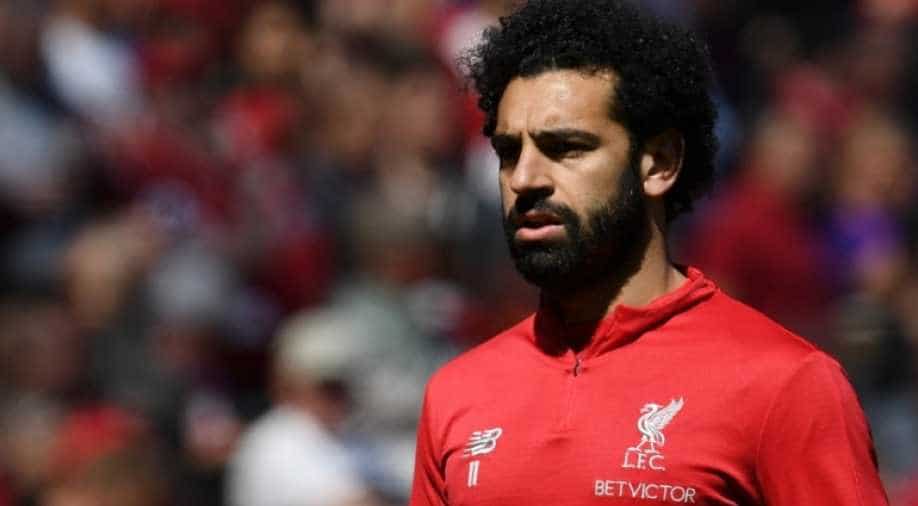 Klopp also provided an update on the fitness of defender Joel Matip, who has been sidelined with a knee injury.

Liverpool manager Jurgen Klopp says he has no concerns about Mohamed Salah's fitness ahead of their Champions League clash with Napoli.

Salah was an unused substitute in the 2-1 win at Crystal Palace on Saturday after missing training with an ankle problem.

"Mo Salah looks really good," Klopp said at his pre-match press conference on Tuesday. "I'm not worried about it."

Klopp also provided an update on the fitness of defender Joel Matip, who has been sidelined with a knee injury.

"Joel is improving but is some time away. There will be a scan this week and then we will see how it is."

Klopp said he had plans to cope with Liverpool's fixture pile-up over the next few weeks.

Their involvement in the FIFA Club World Cup in Qatar, plus their progress in the League Cup, mean Liverpool have been forced to play two games within 24 hours of each other, over 4,000 miles (6,400 kilometres) apart in mid-December.

"We have plans for everything, as you can imagine, and we change them constantly. I have two smartphones and when one of them is ringing it is really rare it is good news," said Klopp.

"You only get the messages when a player is not fine, so then we have to make new plans and we don't know exactly how many players we'll have to train.

"We know in the long term what we have to do, we know that's all set. The athletic part of the sessions, we try to adapt to the specific situation of the players. The tactical things depend on the games we play."

Victory over Carlo Ancelotti's side on Wednesday would ensure defending champions Liverpool finish top of Group E with a game to spare but Klopp said he could not afford to look past the match.

Napoli are the only side to have beaten Liverpool this season but are currently seventh in Serie A.

"The biggest mistake we could make is that we have won it already and what would happen if we win it," Klopp said.

"These things are not in our mind. Of course we try to win the game, it would be massive for us after the start we had. Napoli are a dangerous opponent.