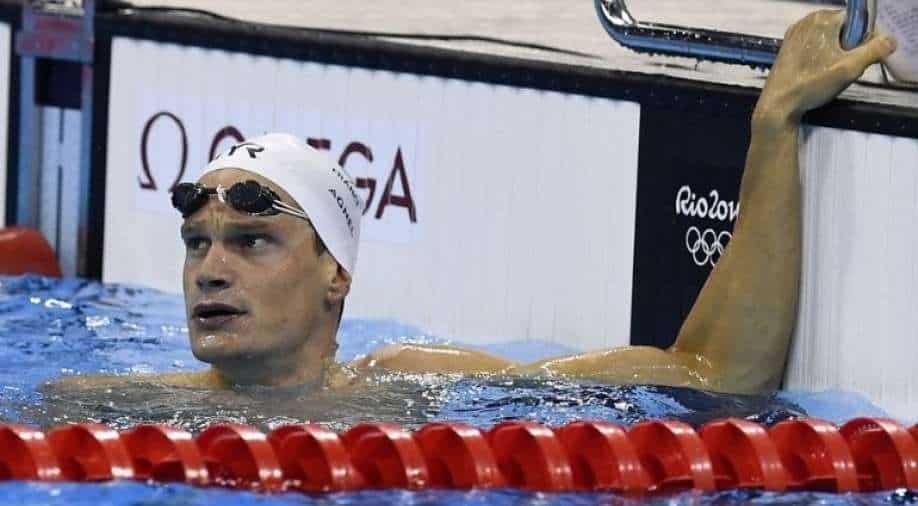 French swimmer Yannick Agnel, who won two gold medals at the 2012 Olympics, was placed under investigation on Saturday on suspicion of "rape and sexual assault on a 15-year-old minor", the Mulhouse prosecutor's office told AFP.

Agnel had been arrested on Thursday in Paris and taken into police custody in Mulhouse in eastern France.

The prosecutor said a complaint had been filed for incidents "around 2016" including the "rape and sexual assault on a 15-year-old minor".

According to French media, "the investigation would follow a complaint from a swimmer who trained with Agnel in Mulhouse between 2014 and 2016.

Angel, at the time a reigning Olympic champion, joined the Mulhouse swimming club (MON) in 2014 and trained there for two years.

MON, where current French Minister of Sports Roxana Maracineanu, an Olympic backstroke silver medallist in 2000, once trained, is for its part being investigated for "attempted fraud" for events dating back to 2016.

The club has been in dispute with several swimmers, including Agnel who went to court to collect 60,000 euros owed to him by the club for the last year of his contract, French television reported.

Agnel came to international prominence at the 2010 European championships when he won gold in the 400-metre freestyle setting a new French and championships record.

He collected gold in the same two events in the 2013 world championships.

Agnel went to Rio in 2016 to defend his 200m freestyle title but failed to get through the heats, announcing his retirement from swimming soon after.