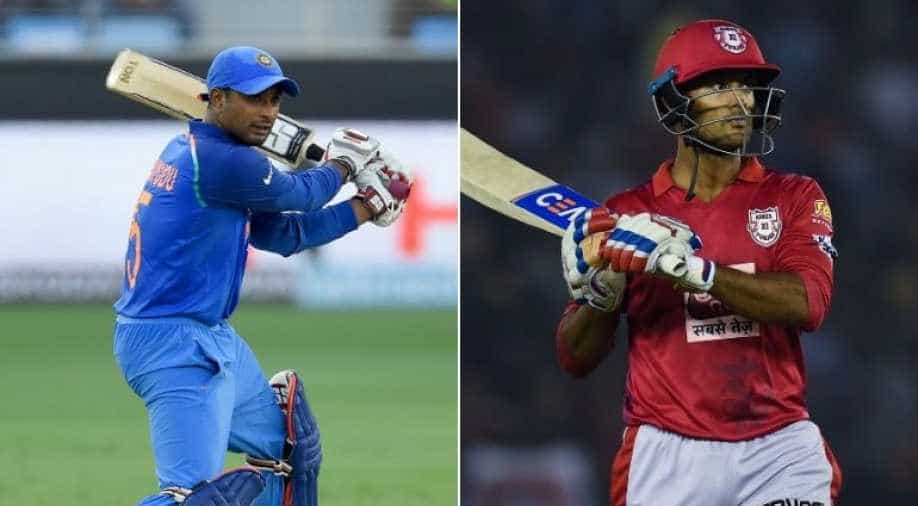 Shankar played three matches at the tournament England and Wales, against Pakistan, Afghanistan and the West Indies

India's all-rounder Vijay Shankar has been ruled out of the Cricket World Cup 2019 and Mayank Agarwal will likely replace him in the 15-member squad for the rest of the tournament.

Shankar fractured his toe when Jasprit Bumrah's ball hit him during a net session. It had not looked very serious but it appears to have been aggravated.

"Vijay Shankar sustained a non-displaced fracture of the left big toe, which will require a minimum of three weeks to heal. The injury rules him out of the ongoing World Cup," said a BCCI statement.

"The Indian team management has requested the ICC (International Cricket Council) to consider Mayank Agarwal as his replacement."

However, fans and spectators are not pleased with Mayank's name as Shankar's replacement because according to some, Ambati Rayudu should have been called up.

Any1 with basic knowledge can see the reason behind Vijay Shankar's departure and even worse denying Ambati Rayudu a chance .BCCI is no less than BJP https://t.co/Z5mqfs44Di

Ambati Rayudu was banned by BCCI for playing in ICL which destroyed his career in his prime age, and now because of his one tweet BCCI is settling their ego with him.
Unlucky chap.
Dear @BCCI, please don't have this narrow ego issues.

Only legend MSK Prasad knows why Ambati Rayudu who played all matches at no.4 b4 being hastily dropped and later named as a standby isn't selected but Mayank Aggarwal who was nowhere in the ODI setup is suddenly in the WC squad. This selection committee looks clueless. #teamindia

India has too much talent in cricket that the selectors found Vijay Shankar in place of ambati rayudu.
Are you f*ing kidding me

Ambati Rayudu has been ignored yet again for WC Squad. This is the price you have to pay for having sense of humour in this country.

Shankar played three matches at the tournament England and Wales, against Pakistan, Afghanistan and the West Indies.