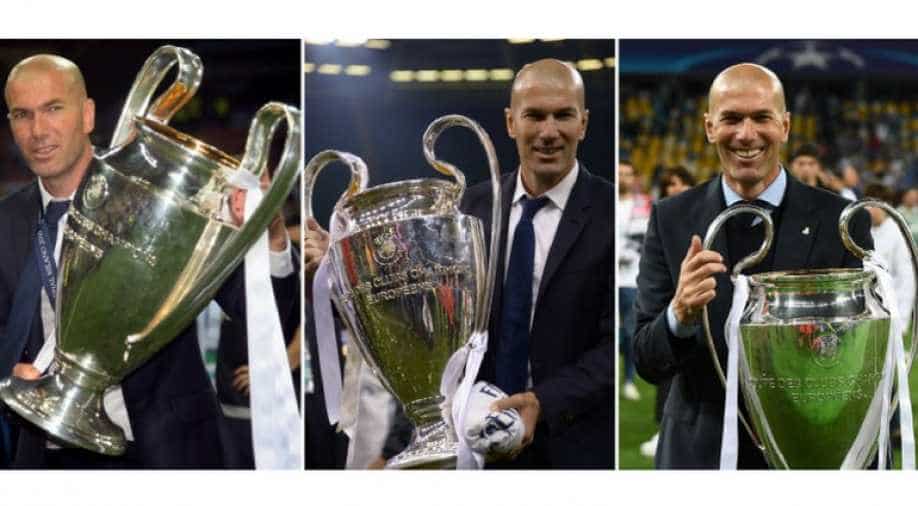 Frenchman Zinedine Zidane called a press conference on Thursday to announce that he has resigned from the post of Real Madrid's manager.

Zidane confirmed that he will leave Real Madrid this summer.

Twitter is overflowing with messages to bid farewell to one of the greatest Madrid's managers in history.

It was suspected that Zizou has called the press conference to tell the future of mentioned players but he gave a shocker instead.

Zidane: "My best time as Real Madrid coach was when we won La Liga, it was incredible. The worst moment was when we lost against Leganés in Copa del Rey."

But according to Real Madrid fans, winning Champions League > Winning La Liga and Copa together.
pic.twitter.com/7J2aTejolD

Zidane's black magic was clearly wearing off as shown against Juve and Bayern. He's taking a break to recharge his black magic before coming back and winning 4 more UCL in a row

Who should replace Zidane at Real Madrid? pic.twitter.com/8foZ6I7ISD

The whole press room on their feet applauding Zidane as he leaves. Fuck, this hurts! ?

Zidane basically saying he's leaving because he doesn't see how he can keep the team winning next season. Incredibly rare and commendable honesty.

Leave when the applause is loudest! Kudos Zidane!!! pic.twitter.com/Zr46hKndGG

Someone convince this man to stay with us please ?? Zidane Quedate ? pic.twitter.com/JebN5s04hB

Zidane leaves the press conference room and Real Madrid. There are no words that can give you your due. Thank you mister we wish you as much happiness as you brought us Madridistas. #GraciasZidane pic.twitter.com/G65Pp6PlOm