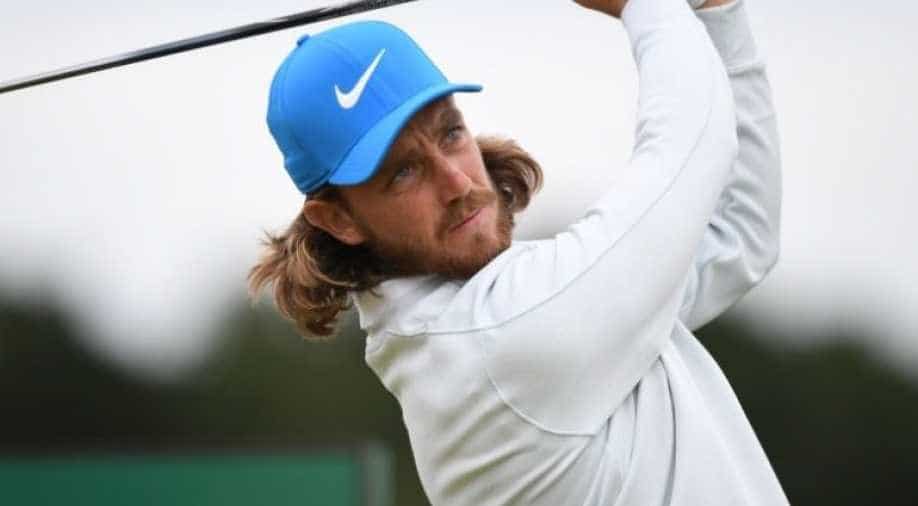 Fleetwood was magnificent on Saturday as his five-under 66 lifted him to second in the leaderboard but Ireland's Lowry, roared on by the massive galleries, put everyone in the shade during the third round

Englishman Tommy Fleetwood is preparing himself for a wall of noise at Royal Portrush on Sunday when he attempts to reel in fan favourite Shane Lowry and win the British Open.

Fleetwood was magnificent on Saturday as his five-under 66 lifted him to second in the leaderboard but Ireland's Lowry, roared on by the massive galleries, put everyone in the shade during the third round.

Lowry, who comes from across the border in County Offaly, has become the darling of the fans who have flocked to the Northern Ireland coast and was imperious as he put together a stunning course-record 63 to open a four-shot lead.

Bad weather is predicted on Sunday and Lowry, whose best previous major was second at the 2016 U.S. Open, will have some anxious moments over the next 24 hours.

Thousands of Irish fans will have his back, though, and Fleetwood, who will play with him, knows he might not be getting too much support -- a far cry from last year's Ryder Cup when he starred in Europe's victory over the U.S. in Paris.

"The atmosphere for us as golfers was just great. I loved it. For or against you, you can't help appreciate and love what today was and what tomorrow will be," Fleetwood said of the vibe at the first Open held in Northern Ireland for 68 years.

"Tomorrow is not going to be any quieter. And for sure tomorrow playing with Shane, last day, it's going to be more challenging to control yourself in the atmosphere and being in the middle of that. But that's what we're here for.

"I know what it's going to be like. I've had my fair share of support for the first three days. Hopefully there will still be some people out there rooting for me. But it's going to be harder than for the rest of the field, for sure."

Fleetwood grew up playing links golf in Southport and will be undaunted even if the weather closes in.

"I personally don't mind the conditions, whatever they are," the long-haired Fleetwood, still to win a major, said.

"I feel like I've had some of my best rounds in terrible, terrible conditions, where I've enjoyed grinding it out. Shane's not played in sunshine and no wind all his life. So it's not going to be a problem for him, either.