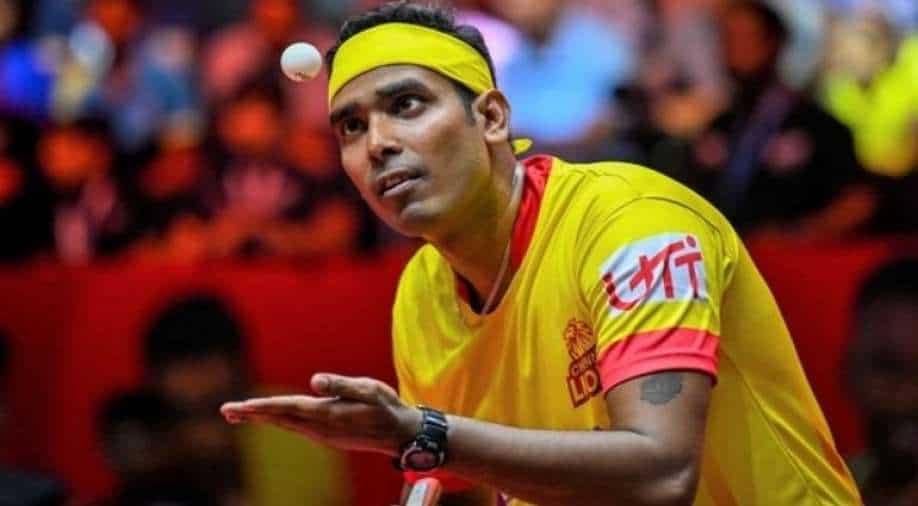 Kamal was put on the backfoot in Game 1, losing it 7-11 and, and he was left with all to do in the following games.

India paddler Achanta Sharath Kamal on Tuesday bowed out of the men`s singles event after losing his Round 3 match against current world champion Ma Long here at Tokyo Metropolitan Gym -- Table 1 in the ongoing Tokyo Olympics.

Ma Long defeated Kamal 4-1 in a match that lasted for 46 minutes.

Kamal was put on the backfoot in Game 1, losing it 7-11 and, and he was left with all to do in the following games.

However, Kamal showed his experience and staged a comeback, winning Game 2.

The match kept on going back and forth, and after Game 3, it was Long who managed to take a 2-1 lead.

The veteran Sharath Kamal goes down to China's Ma Long in his 3rd round match. This was Sharath's 4th Olympics participation. With this, the #TableTennis campaign for India comes to an end in #Tokyo2020

We witnessed some really bright results from TT at this games.#Cheer4India

Continuing from where he left off, Long took Game 4 and he was just minutes away from winning the match. Kamal was not able to make a comeback and he ended up losing the match within minutes.

On Monday, star paddler Manika Batra bowed out of the women`s singles event after losing her Round 3 match against Austria`s Sofia Polcanova. Sofia Polcanova defeated Batra 4-0.