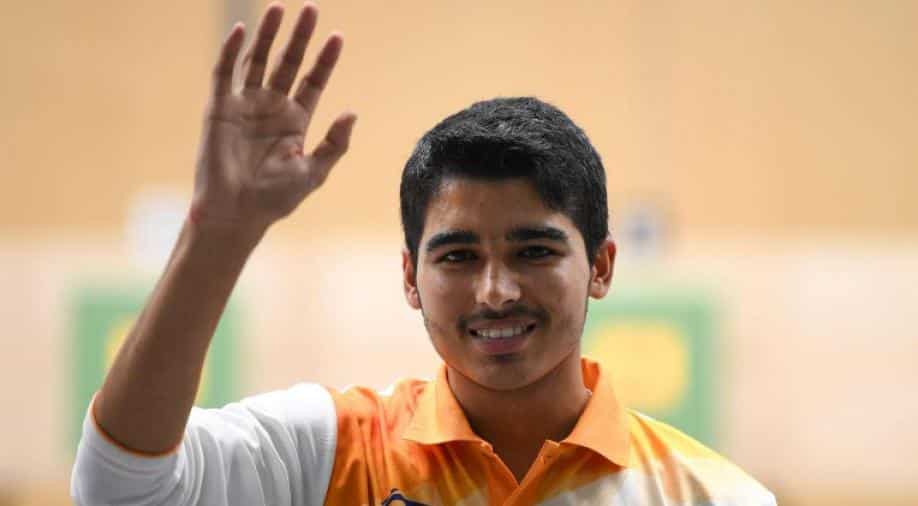 Saurabh Chaudhary will be the cynosure in Shooting as he will participate in his debut Olympics in the 10m men's air pistol event. He is just 19-years of age yet he has intrigued with his colossal ability Photograph:( Reuters )

Indian shooter Saurabh Chaudhary has secured a spot in the finals after finishing first in the 10m Air Pistol Men's Qualification.

Chaudhary, an Asian Games and Youth Olympics gold medallist, started in an excellent fashion, as he was placed ninth after two series in the 10m air pistol men's Qualification. He jumped four points to be placed fifth after three series.

Chaudhary then went on to score a perfect 100 and got placed second after four series and then claimed the top spot at the end of the fifth series.

Appearing in his maiden Olympics, 19-year-old Chaudhary shot a total of 586 in the qualifications, including a perfect 100 in the fourth series following back-to-back 98, to march his way into the eight-man summit showdown, which comprises a world-class field.

Abhishek Verma, the other Indian in the fray, was also in contention to make the cut after staging an excellent rally, but two eights in the final series dashed his hopes. He finished 17th with 575.

IPL 2021: Worried, but no need to press the panic button, says BCCI official after T Natarajan tests positive for COVID-19

Ravi Shastri-led India has adopted all good strategies of Pakistan team from the past: PCB chairman Ramiz Raja

Pakistan one of the safest places, claims Waqar Younis as former pacer urges Australia to tour his home country