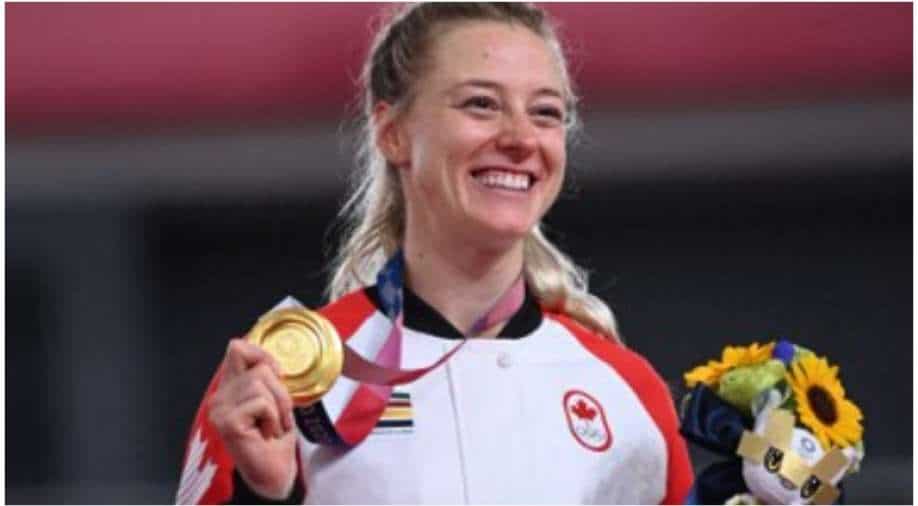 Canadian cyclist Kelsey Mitchell won hearts with her epic security check prank, leaving everyone in splits. She shared the video on her official Instagram handle.

Canadian cyclist Kelsey Mitchell had secured gold in the women's sprint event at the Tokyo Games, finishing ahead of Ukraine's Olena Starikova and Hong Kong's Wai Sze Lee. The marquee event was, thus, a memorable affair for the 27-year-old Olympian, who recently acknowledged the people of Japan for hosting her.

Sharing a video from her official Instagram handle, Kelsey thanked the officials as she penned an emotional note along with a hilarious video during her time in Tokyo, Japan. In the clip, the athlete can be seen walking through a metal detector at a venue in Tokyo when the machine started to beep. While she seemed all confused and taken aback initially, she sheepishly took out her gold medal that she was wearing from inside her shirt. Thus, it led to laughs and applauses from the security personnel and volunteers as everyone acknowledged Kelsey's sense of humour.

In her note, Kelsey also stated that she is looking forward to watching the Paralympics, which commenced on Tuesday (August 24) in Tokyo, Japan.

The Tokyo Olympics was a huge success, which was held amid Covid-19 concerns, which saw USA, China, Japan and Great Britain securing the top-four spots, respectively. On the other hand, Canada ended at the 11th position with as many as 24 medals (7 gold, 6 silver and 11 bronze). Meanwhile, the Indian contingent returned with its best-ever showing at an Olympics, where they secured 7 medals to finish at the 48th spot.