Tokyo 2020: Transgender weightlifter in Olympic debut as Games hot up 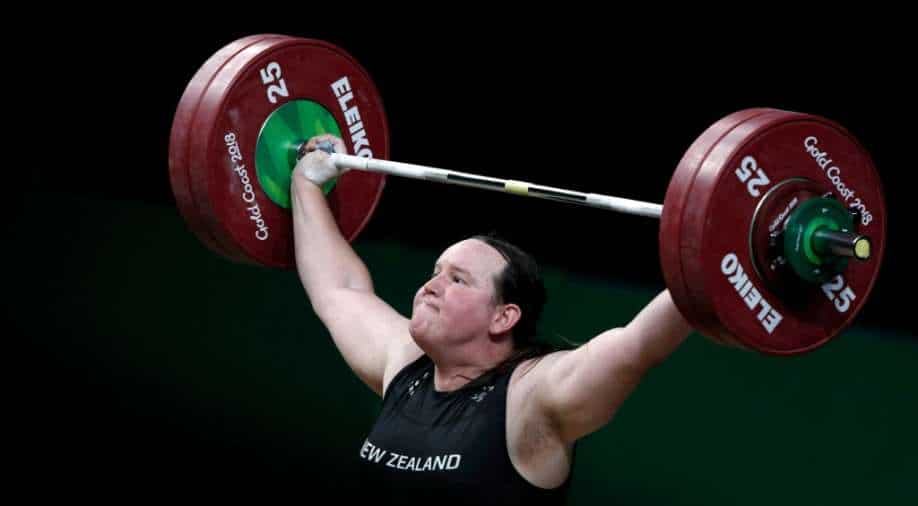 Transgender weightlifter Laurel Hubbard takes center stage at the Tokyo Games. Supporters say her appearance is a victory for inclusion and trans rights.

Transgender weightlifter Laurel Hubbard takes center stage at the Tokyo Games on Monday and Ethiopia-born Dutch runner Sifan Hassan faces a daunting day on the athletics track in her ambitious pursuit of an Olympic treble.

On day four of the athletics in the sweltering Japanese capital, the 28-year-old Hassan will run in heat in the 1500m in the morning, before again taking to the track in the evening session for the final of the 5,000m.

The two-time world champion will also go in the 10,000m later in the Games, which are now into their final week and hotting up in every sense temperatures in Tokyo over the coming week are forecast to range from maximums of 30 to 34 Celsius (up to 94F).

There will also be the women's 100m hurdles final and men's long-jump final Monday, while there are three gold medals up for grabs in gymnastics in men's rings, women's floor exercise, and men's vault.

Track cycling meanwhile gets underway at these pandemic-delayed Games, with the women's team sprint title the first gold at Izu Velodrome.

But it is weightlifting that will be in the spotlight because of New Zealand's Hubbard.

The 43-year-old, who was born male and competed as a man before transitioning to become a woman, makes her Olympic debut -- the IOC says she is the first openly transgender woman to compete at a Games, hailing it as a landmark moment for the Olympic movement.

However, her historic presence in the women's +87kg category on the elite stage raises complex issues of bioethics, human rights, science, fairness and identity in sport.

"Laurel Hubbard is a woman, is competing under the rules of her federation and we have to pay tribute to her courage and tenacity in competing and qualifying for the Games," IOC medical chief Richard Budgett told reporters in Tokyo.

Supporters say her appearance is a victory for inclusion and trans rights.

Critics argue she has an unfair advantage over female rivals due to physical attributes locked into her body during her decades as a male.