'Things will happen now': Erling Haaland being pressed by Borussia Dortmund to make decision on future 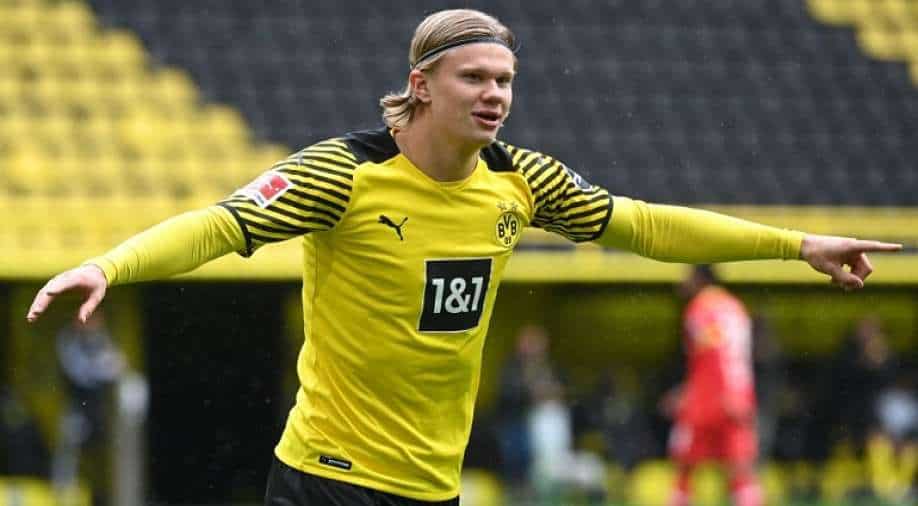 Haaland says being pressed by Dortmund to make decision on future Photograph:( AFP )

The 21-year-old, who has scored 21 goals this season, joined Dortmund from RB Salzburg in 2020 and has gone on to establish himself as one of the continent`s hottest properties.

Borussia Dortmund striker Erling Haaland said the club have been pressing him to make a decision about his future and therefore "things will happen now", as the Norwegian continues to attract interest from several top European sides.

The 21-year-old, who has scored 21 goals this season, joined Dortmund from RB Salzburg in 2020 and has gone on to establish himself as one of the continent`s hottest properties.

"The last six months I have chosen not to say anything out of respect for Dortmund, but now the club has started to press me into making a decision," Haaland, who scored twice in Dortmund`s 5-1 win Norwegian broadecaster Viaplay.

"All I want to do is play football. But they press me ... about my future, so that means I have to make a decision soon.
"That is what they (Dortmund) want. It means things will happen now."

Haaland, whose contract runs until 2024, added that he would have preferred to focus on football instead of being distracted by talk of his future during a busy run of fixtures for Dortmund, who trail Bundesliga leaders Bayern Munich by three points.

"We are in the middle of a difficult period, with a lot of games," Haaland said.
"I have said from the beginning that I want to focus on football, because that is when I am at my best. But I can`t do that now."