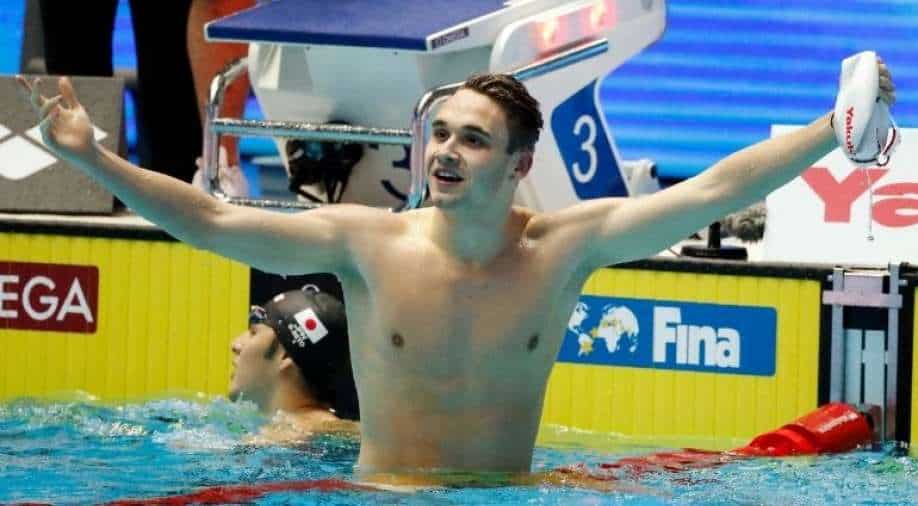 Milak stopped the clock at one minute 51.10 seconds, a championship record bettered only by the 1:50.73 he set at the 2019 world championships.

Milak stopped the clock at one minute 51.10 seconds, a championship record bettered only by the 1:50.73 he set at the 2019 world championships.

He was more than three seconds quicker than Italian silver medallist Federico Burdisso in 1:54.28, and now holds five of the 10 best swims of all time in the distance.

Another Hungarian also made news in the pool with 35-year-old Laszlo Cseh becoming the first swimmer to compete in 10 long course European championships and qualifying for the final in the 200m individual medley.

Russian Kliment Kolesnikov won the 100m freestyle in 47.37 seconds, a day after breaking the world record in the 50m backstrokes.

He then came last in the 100m backstroke semi-finals 10 minutes later and received first aid, with the medal ceremony from the earlier event delayed to give him enough time to recover.

"I was just tired, it's something that can happen to you," he said, adding that he had not given up on swimming both races at the Tokyo Olympics.

After three days, Russia took over at the top of the medals table with five golds to Britain's three.