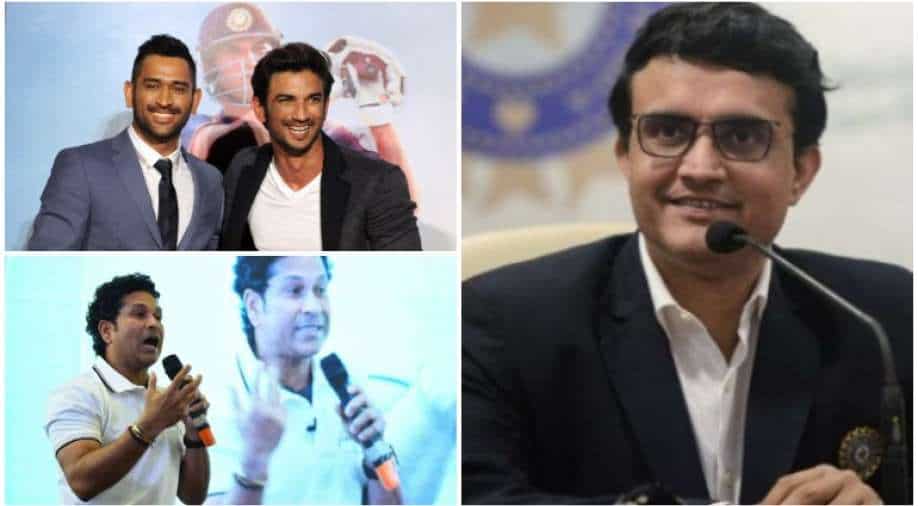 As BCCI chief Sourav Ganguly has confirmed a biopic on his life is in the making, here are some top movies based on iconic Indian athletes in the recent past:

BCCI chief Sourav Ganguly announced his biopic early this month, on September 9, which will be produced by LUV Films. Ganguly's biopic was on cards for a long time and talks were rife that the former Indian captain has given his green signal, however, he announced the news officially just recently.

Ganguly shared a heartfelt note and wrote on Instagram, "Cricket has been my life, it gave confidence and ability to walk forward with my head held high, a journey to be cherished. Thrilled that Luv Films will produce a biopic on my journey and bring it to life for the big screen."

As Ganguly's biopic has now received the nod by the man himself, here are 4 top sports biopics:

1) Bhaag Milkha Bhaag: Directed by Rakesh Omprakash Mehra, the Farhan Akhtar-starrer was critically and commercially successful for covering varied aspects of the great Milkha Singh's life, who died in June 2021. From the partition and its effect on Milkha, his rise as a sprinter to his final race, every aspect was covered and enacted with utmost sincerity. Farhan swept away majority of awards in the year 2013 for his immaculate portrayal. For the unversed, the movie entered Bollywood's much-talked about 100-crore club as well.

2) Mary Kom: This Priyanka Chopra-starrer was another hit among the sports biopics presented by Bollywood in recent years. Chopra's enactment of Mary's rise from a humble background to her struggles, return to her beloved sport after several hiccups and hardships, relentless support of her husband and family members won accolades worldwide.  The film is available on Netflix.

3) MS Dhoni - The Untold story: This remains the most popular sports biopics in recent times. Late Sushant Singh Rajput's flawless portrayal of Dhoni (from copying his mannerism, body langauage and the helicopter shot) made him a huge star overnight. The feature film was hailed by many for capturing the former Indian captain's struggles, sharing some untold parts from his life and how he broke into the scene at the international level, earning the tag of 'Captain Cool'. It raked in huge moolah at the box office and was termed as a successful film overall. To date, it has huge repeat value on television sets and on OTT platforms. The film is available on Disney Hotstar.

4) Sachin: A Billion Dreams: The Master Blaster's docu-drama covered many important aspects of the former cricketer's life; how he fell in love with the gentlemen's game, gained limelight, won the trust of his senior teammates, troublesome match-fixing period in Indian cricket to India's 2011 ODI World Cup win. Many close members and prominent Indian cricketers also made their presence felt in the docu-drama.

Given how Bollywood has worked hard to bring out some memorable movies on popular Indian athletes in recent times, Ganguly's biopic surely adds to the excitement. The audience is gearing up to witness another promising movie, spearheaded by a superstar actor. For the unversed, Ganguly's biopic's cast has still not been finalised.