Should've played at Headingley and must play at The Oval: Nasser Hussain suggests one change for Virat Kohli & Co. for 4th Test 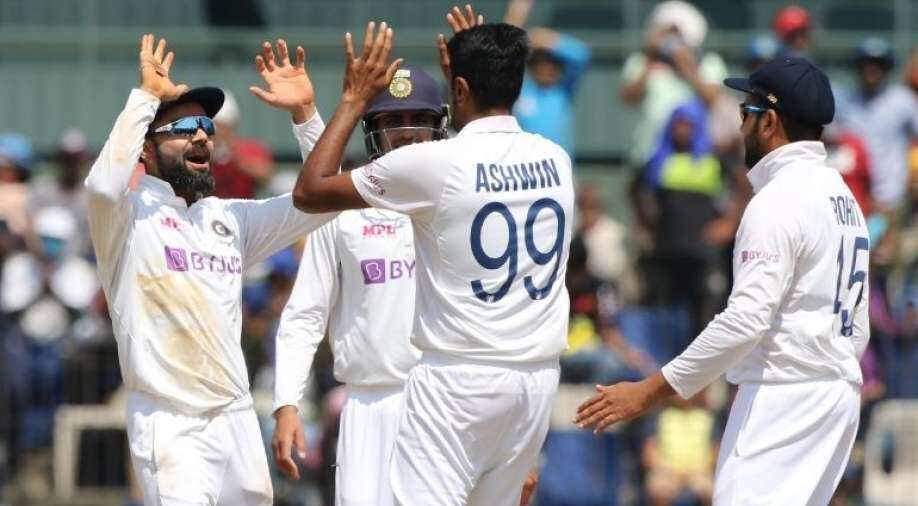 After the drawn series opener and a 151-run win over England at Lord's, India succumbed to an innings and 76 runs defeat to Joe Root-led hosts in the third Test, of the five-match series. With the series tied at 1-1, both sides will come hard at each other to take an unassailable 2-1 lead heading into the final encounter.

Prior to the fourth and penultimate Test, former England captain-turned-commentator Nasser Hussain has suggested few changes for Virat Kohli & Co. in their line-up. Hussain feels the Indian team should consider bringing in R Ashwin in the playing XI.

In his column for Daily Mail, Hussain wrote, "But what India do have is an off-spin bowler ranked No. 2 in the world and a batsman good enough to have made five Test centuries in Ravichandran Ashwin. He should have played at Headingley against England’s five left-handers and he must play at The Oval."

“So the most likely solution is that Ashwin will come in for a seamer, most likely Ishant Sharma who struggled at Headingley and join Ravindra Jadeja in a more balanced looking side with a deeper batting line-up as long as Jadeja recovers from his knee injury," added Hussain.

Earlier, many experts and former cricketers were left surprised when India went ahead with no Ashwin for the second Test at Lord's. The wily off-spinner is yet to get a game in the ongoing series, in the new WTC cycle, and will be desperate to get going and be among wickets in the final two Tests.

With the pitch at The Oval to be on the slower side, Ashwin can be the key player for Team India and help them stage a recovery in the series.