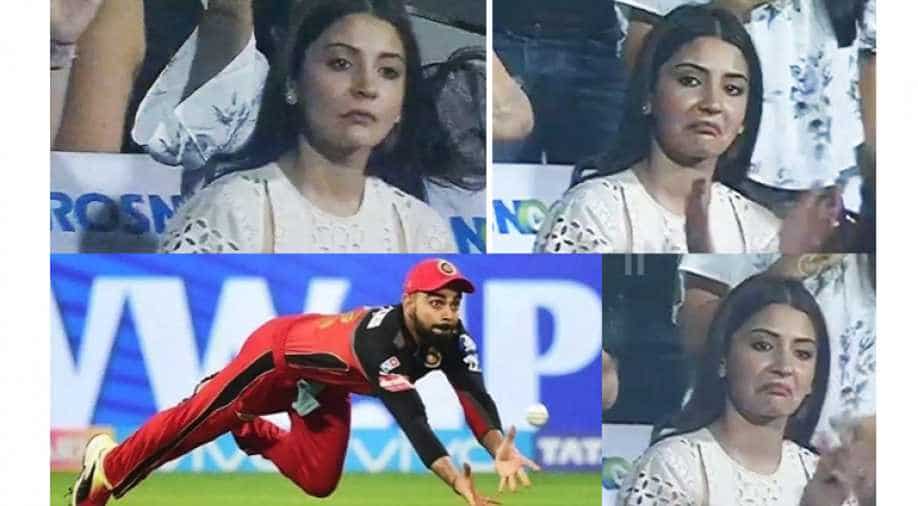 Virat Kohli smashed an unbeaten 68 off 44 which included five fours and three sixes to set a target of 176 runs for Kolkata but his efforts went in vain as Bangalore team again failed to defend a decent total.

Apart from his marvelous batting, Virat Kohli took an acrobatic catch to dismiss Kolkata's skipper Dinesh Karthik when he was playing at a strike rate of 230 in the 19th over.

The outstanding catch got more attention when Virat Kohli's wife and Bollywood's leading actress, Anushka Sharma reacted to it as the cute reaction was captured in cameras.

Anushka was present at the Chinnaswamy Stadium and was cheering for her husband's team.