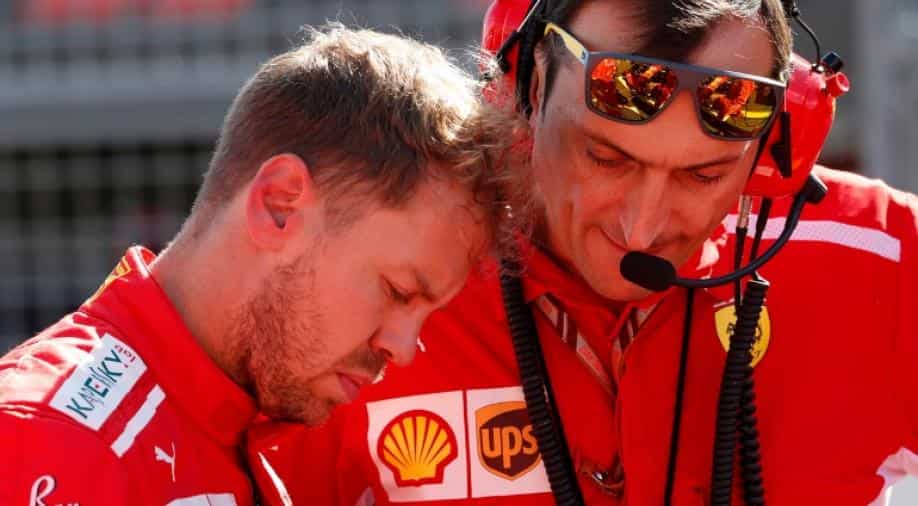 Ferrari's title contender Sebastian Vettel collided with Red Bull's Max Verstappen at the Japanese Grand Prix on Sunday in yet another blow to the German's fading Formula One championship hopes.

Vettel, who had started eighth after a failed tyre gamble in qualifying, was trying to pass the young Dutch driver for third place at the fast left-handed sweep of Suzuka's Spoon corner.

Instead, they made contact, with Vettel spun around. He resumed in 19th place with a damaged car.

Verstappen was already carrying a five-second penalty for forcing Vettel's team mate Kimi Raikkonen off the track earlier in the race and would have dropped behind Vettel anyway at the pitstops.

Vettel, who was back to 11th by lap 24 of 53, is 50 points behind Mercedes rival Lewis Hamilton with just four races remaining after Sunday.

Hamilton was leading from pole position.