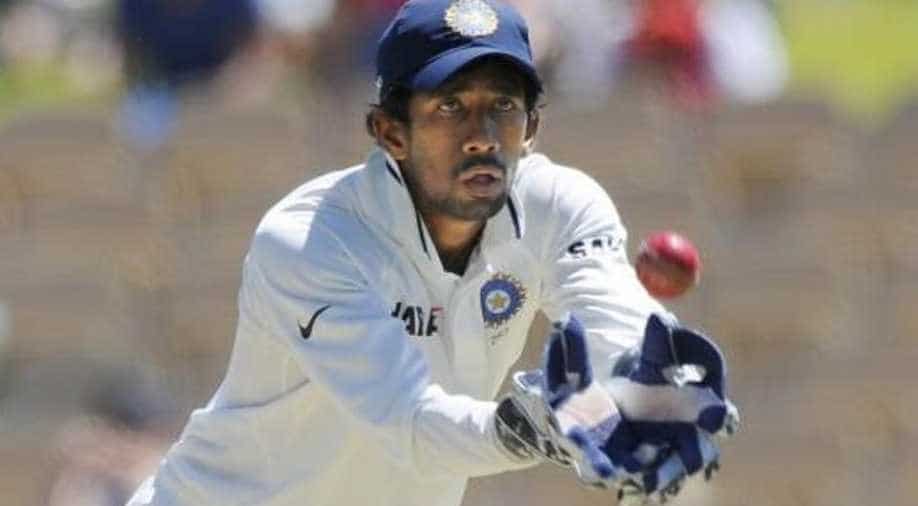 Saha, who has been India's admirable wicketkeeper in Test cricket since MS Dhoni's retirement in December 2014, is undergoing rehab for his shoulder surgery.

A shoulder injury has forced Wriddhiman Saha out of action as of now but he has been India's best wicketkeeper in the last five to ten years, reckons former captain Sourav Ganguly.

The 34-year-old Saha, who has been India's number one wicketkeeper in Test cricket since MS Dhoni's retirement in December 2014, is undergoing rehab for his shoulder surgery.

"He's out of the team for about a year now but I think in the last five to 10 years' he has been India's best glovesman. Hope he recovers soon," Ganguly said.

The former captain spoke during the launch of 'Wiki', a sports fiction written by senior journalist Gautam Bhattacharya. The book chronicles the journey of a struggling wicketkeeper and how he makes it big.

Young Rishabh Pant has made an impressive start to his Test career and he will take flight for the upcoming Australia tour. Parthiv Patel is also in the squad as a backup to Pant.

Saha, who has played 32 Tests and scored 1164 runs including three hundreds, last played in the Cape Town Test earlier this year.

"Injury is not in your hands. Wicketkeeper has to dive and he got injured while diving. It takes a certain time to recover. The faster he recovers, the better it is," said Ganguly.

With India not playing any Tests after the Australia tour till July 2019, the Bengal wicketkeeper's future remains uncertain.