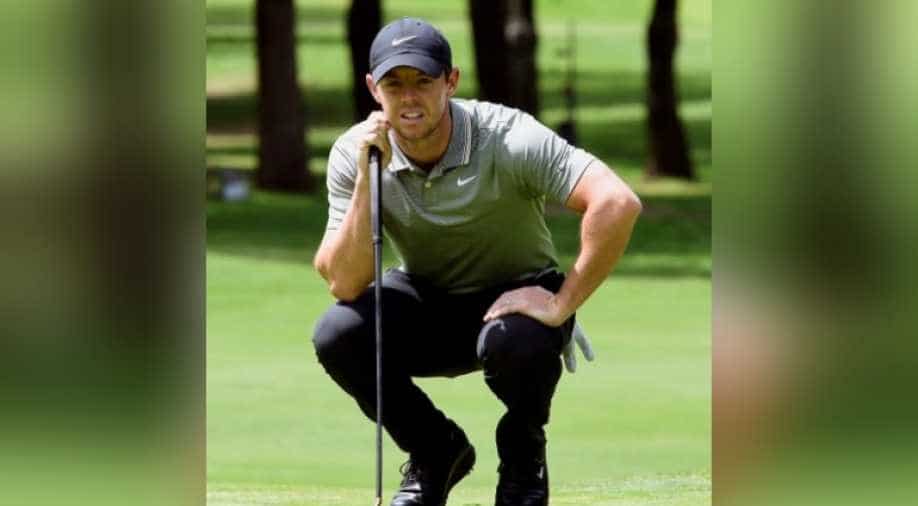 Woods, 43, admits he would never have foreseen the major drought that has followed his 14th major victory at the 2008 US Open

Rory McIlroy is in fearsome form as he arrives at Augusta National chasing a rare career Grand Slam, but a renewed Tiger Woods could have something to say about the Northern Ireland star's bid for a breakthrough Masters win.

"I don't think I've ever started a season this well in terms of finishes, and even stats wise, looking at all my stats, they are right up there with some of the best years that I've had," said McIlroy, whose seven top-10 finishes in seven starts this year include a victory at the US PGA Tour's prestigious Players Championship in March.

He owns top-10 Masters finishes the past four years, including a tie for fifth behind American Patrick Reed last year, and with more than a decade of experience on a course where local know-how is key, says there's no reason he can't become the sixth man to win all four of golf's major professional titles.

"I've shot enough good scores around here over the years that if I can put my best effort forward, I'm going to have a good chance to do well here," McIlroy said.

Plenty of his peers agree.

"Rory is playing unbelievable golf," said Spain's Jon Rahm. "I mean, he's playing the best golf he has played in a long time ... Really good golf and it seems like his putting has been lot better. If Rory is hitting the ball the way he is, and he putts good, he's tough to beat."

Rahm noted the difficulty of handicapping the first major championship of the year.

Each of the last four winners -- and seven of the last eight -- have been first-time major winners, a trend Rahm certainly hopes to continue.

But with experience at a premium, multiple winners including Woods, Phil Mickelson and Bubba Watson must always be judged a threat.

World number one Justin Rose and second-ranked Dustin Johnson will be aiming to bulk up resumes highlighted by one US Open win apiece and fourth-ranked Brooks Koepka, the reigning US Open and PGA Champion, has a chance to become the third golfer of the modern era to capture three of four consecutive majors.

And this year, that emphatically includes Woods, who carries not just the hope he had last year -- in his first Masters since spinal fusion surgery -- but real belief that he can claim a fifth green jacket.

"I just feel like I've improved a lot over the past 12, 14 months," said Woods, whose injury return was in its embryonic stages when he teed it up last year.

From a tie for 32nd, he would go on to contend in two majors and win the US PGA Tour championship and says he's "proven to myself that I can play at this level again".

Woods, 43, admits he would never have foreseen the major drought that has followed his 14th major victory at the 2008 US Open.

"After I won my 14th, I felt like I still had plenty more major championships that I could win, but unfortunately I just didn't do it," he said. "I put myself there with chances on the back nine on various Sundays and just haven't done it.

"Hopefully this year, I put myself there again and, hopefully, I'll get it done."