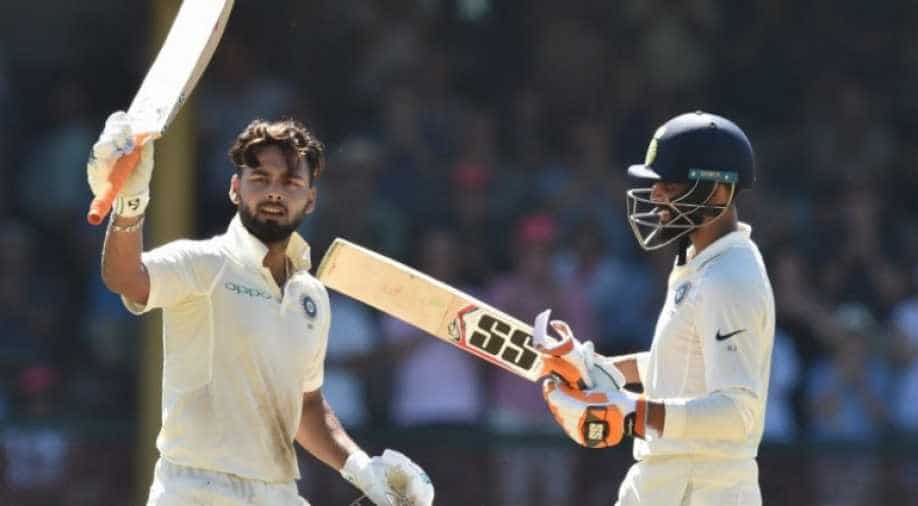 Rishabh Pant slammed his second Test century while playing against Australia in the first innings of the final Test on Friday at Sydney Cricket Ground.

He scored an unbeaten 159 runs off 189 balls to record the highest ever score by an Indian wicket-keeper in an away Test.

Pant overtook former Indian captain MS Dhoni, who had smashed 148 runs off 153 against Pakistan is 2006.

A list of highest scores by Asian wicket-keeper outside sub-continent:

The previous highest was Farokh Engineer's 89 at Adelaide in 1967.

Also, he's gone past Virat Kohli's tally this series and became the second-highest run-getter with 350 from seven innings.

Pant, whose innings featured 15 boundaries and one six and his ton came from a four off spinner Marnus Labuschagne.

With a marvellous feat at SCG, Pant completed his highest score in his fledging nine-Test career so far, earlier it was at the Oval against England last year when he hit 114.

Rishabh Pant brings up his second Test century! A fantastic knock from the youngster to put India in a strong position! #AUSvIND LIVE ➡️ https://t.co/c2fCH8CBUE pic.twitter.com/JdPfBWSKCE

A marathon 193 by Cheteshwar Pujara and a quick-fire unbeaten 88 from Rishabh Pant steered India into a dominant position at the final Test Friday with Australia rapidly seeing their hopes of saving the series evaporate.

Calm and collected number three Pujara was finally caught and bowled by spinner Nathan Lyon after a batting masterclass that spanned a day-and-a-half and 373 balls.

The visitors lead the series 2-1 after winning the opening clash in Adelaide and the third one in Melbourne. Australia claimed victory in Perth.

If India, the world's top-ranked nation, win or draw in Sydney they will clinch the first-ever series in Australia since they began touring Down Under in 1947-48.