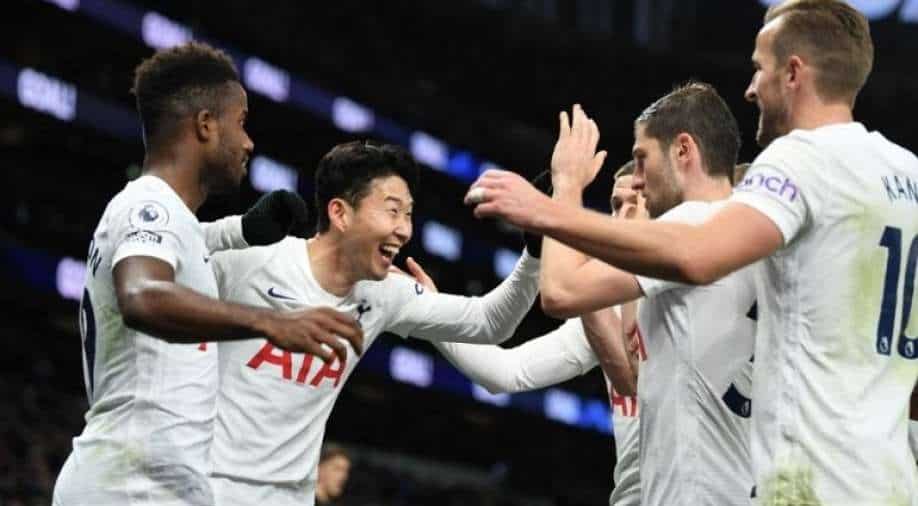 "The postponed fixture will be rescheduled in due course and the Premier League wishes a quick recovery to those with COVID-19." Rennes criticised the decision to postpone the Europa League game, saying it was taken unilaterally by Tottenham and that they reserved the right to appeal to UEFA.

Tottenham Hotspur have had a second match postponed this week after the Premier League agreed on Thursday to call off Sunday`s game at Brighton & Hove Albion due to a number of COVID-19 cases at the London club. Spurs had their Europa Conference League game at home to Stade Rennais on Thursday called off by UEFA on Wednesday after the club said they had 13 positive coronavirus cases -- eight players and five members of staff.
"The Premier League Board has taken the decision to postpone the game following guidance from medical advisers, with the health of players and staff the priority," the league said in a statement.

"The postponed fixture will be rescheduled in due course and the Premier League wishes a quick recovery to those with COVID-19." Rennes criticised the decision to postpone the Europa League game, saying it was taken unilaterally by Tottenham and that they reserved the right to appeal to UEFA.

"UEFA can confirm that the UEFA Europa Conference League group stage match, Tottenham Hotspur v Stade Rennais FC, which was due to be played on 9 December in London, will not be taking place as scheduled," the governing body said in a statement. It is unclear whether other Spurs games will be affected. They are due to play at Leicester City in the league on Dec. 16 and at home to Liverpool on Dec. 19.

Vitesse Arnhem, level with Tottenham in Europa Conference League Group G on seven points from five games, were due to host Mura on Thursday at the same time (2000GMT) as the Spurs-Rennes match.
The Dutch side said in a statement that they had asked UEFA to postpone their clash as well as they were concerned about the fairness of the matches taking place separately. Vitesse and Spurs are vying to finish second and secure a spot in a playoff round before the last 16.

Rennes have reached the last 16 as Group G winners on 11 points after five matches. Spurs are above Vitesse on goal difference, with Slovenian side Mura out of contention on three. "Vitesse has not (yet) received an official message from UEFA about the consequences of the cancellation in London for Vitesse vs NS Mura," Vitesse said in a statement.

"If Tottenham Hotspur vs Stade Rennais FC is moved to a later date that will be a significant disadvantage for Vitesse from a sporting point of view because both teams are highly dependent on each other`s result."
UEFA said on Thursday the match would go ahead as scheduled.