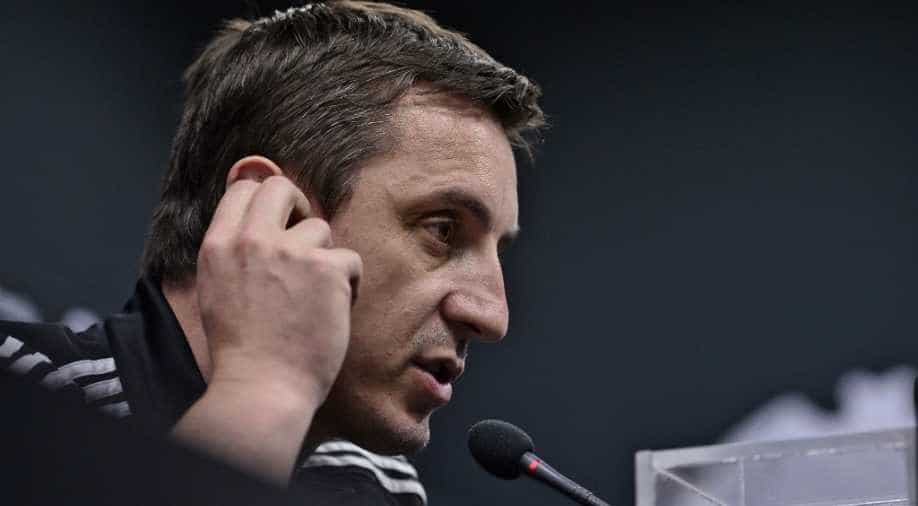 Manchester United have an imbalanced squad and the team are "scrappy and scruffy" to watch, former defender Gary Neville said after Saturday`s 4-2 Premier League defeat at Leicester City.

United suffered their fourth defeat in their last seven games in all competitions as Leicester struck late goals in a thrilling match at the King Power Stadium.

The result also ended United`s 29-game unbeaten away run in the league, raising doubts over their ability to challenge for their first league title since 2013.

"The performances have been so shoddy all season in terms of team performances," Neville told Sky Sports.

"There`s been some good results and some great individual goals, but the overall performances and the unit in and out of possession have been shoddy.

"It`s scrappy and scruffy to watch. When you play a team with a clear organisation and a methodology, you`re going to get pulled apart and that`s what happened."

United have dropped to fifth in the standings and have 14 points from eight matches. They are due to face Chelsea, Liverpool and Manchester City -- the top three teams in the league -- in their next five league games.

"Manchester United at this moment in time are imbalanced," Neville added.