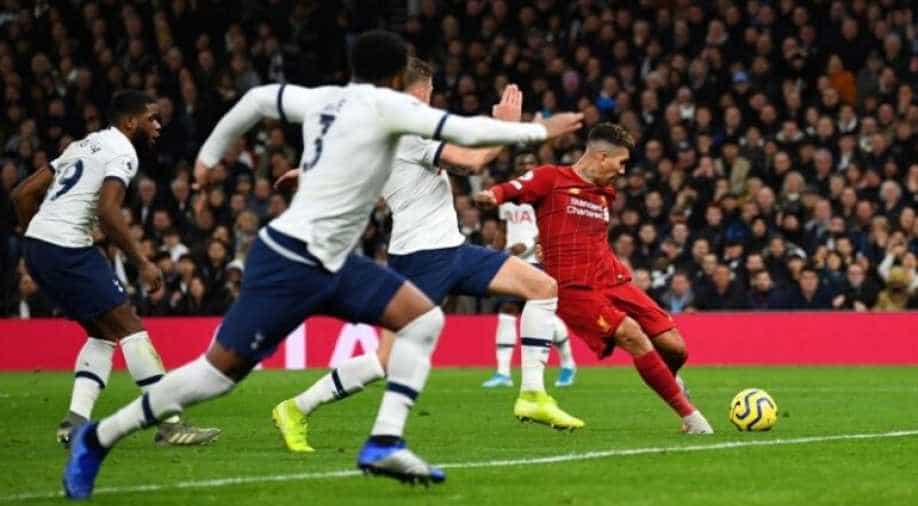 Liverpool stretched their lead at the top of the Premier League to 16 points and set a record in the process as Roberto Firmino's first-half goal secured a battling 1-0 win at Tottenham Hotspur on Saturday.

Liverpool stretched their lead at the top of the Premier League to 16 points and set a record in the process as Roberto Firmino's first-half goal secured a battling 1-0 win at Tottenham Hotspur on Saturday.

Juergen Klopp's unbeaten side were not at their best and had to withstand a Spurs fightback after the break but hung on for a 20th win out of 21 league games this season to move further ahead of second-placed Leicester City with a game in hand.

Liverpool's total of 61 points is the most after 21 games of a Premier League season, beating Manchester City's 59 from two seasons ago, and has never been surpassed in the Spanish, Italian, German or French leagues at the same stage. 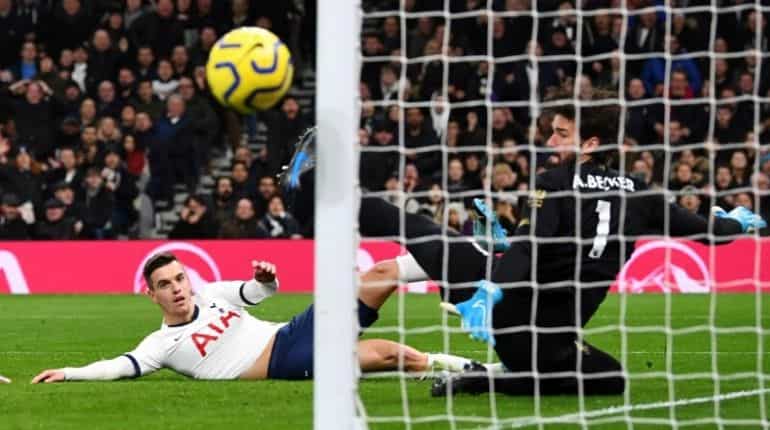 Firmino's 37th-minute effort proved enough for Liverpool to march on towards a first English title since 1989-90, but Tottenham substitute Giovani Lo Celso wasted a glorious chance to earn the hosts a draw with a glaring late miss.

Liverpool's fans stood to acclaim their side at the end and Spurs manager Jose Mourinho, who has now won only two of 11 games against Liverpool boss Juergen Klopp, shook hands with every opposition player at the final whistle.

"I'm over the moon about the result, but we have to talk about the performance," a rather subdued Klopp said later.

"One team deserved to win and that was us. To win at Tottenham is pretty special. That the game wasn't decided after 50-60 minutes was our fault. We should have scored more goals.

"We were on the ground towards the end. A couple of our players were slightly exhausted, but we fought through that," he added after his side stretched their lead over Leicester, who had earlier lost 2-1 at home to Southampton.

While Klopp's unstoppable side are now unbeaten in a club record 38 league games, Tottenham, who in June faced Liverpool in the Champions League final in Madrid, are drifting in eighth place, nine points behind fourth-placed Chelsea.

Liverpool dominated the first half and it needed a superb block by Tottenham's 20-year-old defender Japhet Tanganga, handed his first league start, to deny Firmino with Alex Oxlade-Chamberlain hitting the rebound against the post. 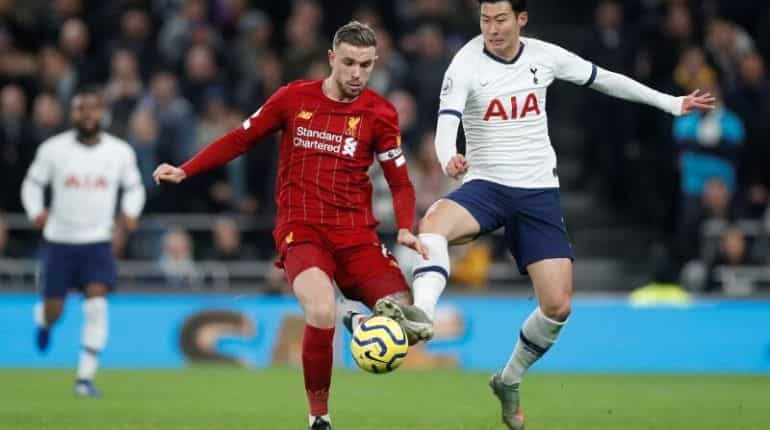 With Tottenham sitting deeper and deeper the pressure finally told as they failed to clear the ball and Mohamed Salah's pass evaded Tanganga for Brazilian Firmino to fire past the stranded Gazzaniga.

Spurs, without their injured talisman Harry Kane, were far more lively after the break as Liverpool's pace slowed.

Son Heung-min wasted a great chance to equalise, curling the ball over the bar after Liverpool were caught in possession, and then substitute Giovani Lo Celso somehow missed the target with the goal gaping after being picked out by Serge Aurier.