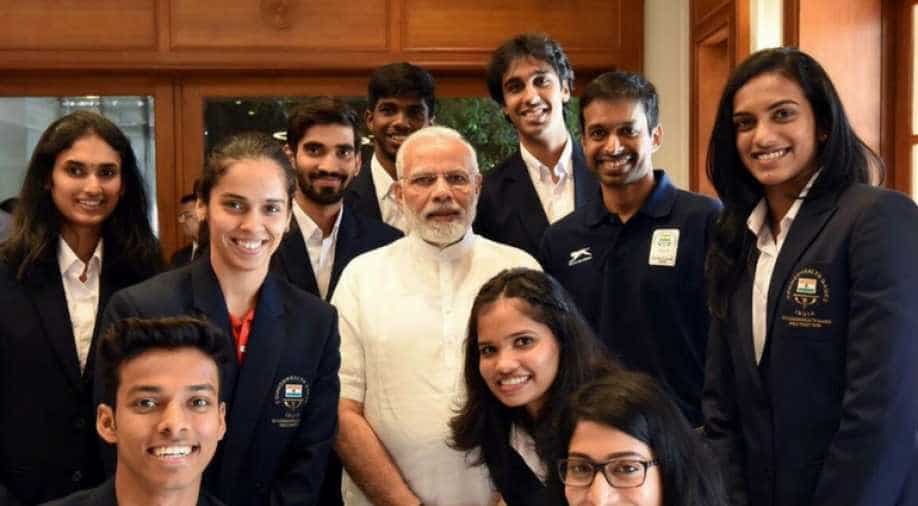 Indian contingent met the expectations of the nation and bettered their tally of medals from 2014 Glasgow Games.

On Monday, PM Modi congratulated the medal winners and also complimented those who could not win medals but had performed creditably.

The felicitation ceremony was held at PM's residence and Minister of State for Youth Affairs and Sports Rajyavardhan Rathore was present at the event.

While interacting with the players, PM Modi said, "Accomplishments in the sporting arena inspire everyone. Their sporting feats have raised India`s stature. Whenever an Indian sportsperson wins on the global sporting stage, it is the Indian flag that rises."

He mentioned Pullela Gopichand, who is mentoring many badminton players after an immensely successful career as a player.

Modi said that besides talent, training, concentration and hard work, mental toughness was also important for sportspersons. In this context, he mentioned the benefits of yoga.

Thank u so much for felicitating us sir .. @narendramodi @PMOIndia ...#CommonwealthGames2018 ..#Indianbadmintonteam ?? pic.twitter.com/Je4aXrO7CP