From Clive Lloyd to Michael Clarke, a look back at Cricket World Cup winning captains 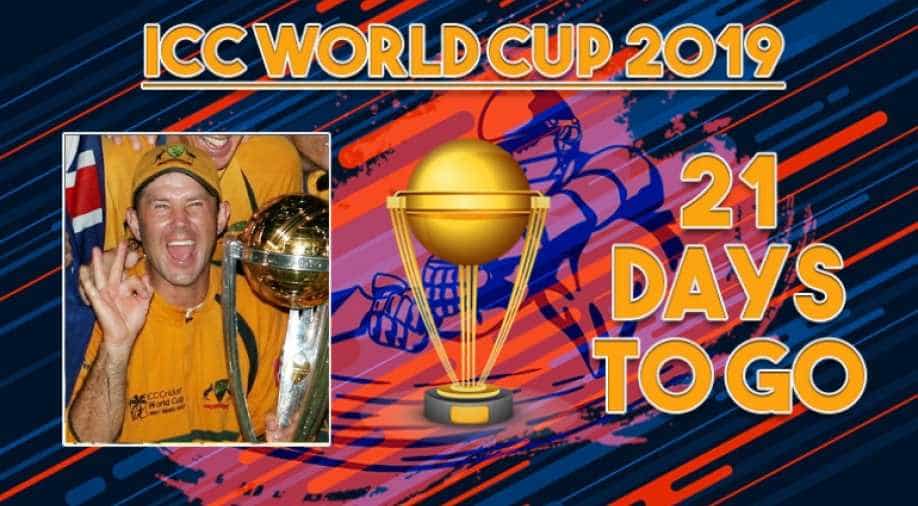 Only two captains have won the world cup two times, Ricky Ponting for Australia and Clive Lloyd for West Indies

With just 21 days left for the twelfth edition of cricket World Cup, we take a look at the past captains who have successfully led their teams to World Cup glory and lifted the illustrious trophy.

Only two captains have won the world cup two times, Ricky Ponting for Australia and Clive Lloyd for West Indies.

Australia was the first team to win the three consecutive World Cups and is also the only team to win this tournament five times.

Clive Lloyd
The West Indies captain has led his team to lift the World Cup twice.

India shocked the world under the charismatic captaincy of Kapil Dev, who took the catch of Clive Lloyd that changed the game in India's favour.

Alan Border
The Australian captain was leading a fairly inexperienced team and they were not considered favourites at the start of the tournament.

But Border's leadership helped Australia lift the World Cup in 1987.

Imran Khan
Khan led the Pakistan team to their first and only win at the World Cup in 1992.

Pakistan beat England in the final and Khan was the highest scoring batsman for the team.

Ranatunga scored a century in the Final and the winning runs were scored off his bat too.

Steve Waugh
The Australian captain played the innings of the tournament, saving his team an early exit from the Cup.

Playing against South Africa in the semi-finals, he scored 120 after an early collapse of the team.

He went on to lead his team to win the World Cup.

Ricky Ponting
The only other captain to have led his team to lift the World Cup twice after Clive Lloyd is Ricky Ponting.

Under his captaincy in both the World Cups, Australia did not lose even a single match and went on to win unbeaten.

Mahendra Singh Dhoni
India's long wait for their second World Cup ended under the captaincy of MS Dhoni in 2011.

Having led the Indian side to win the 2007  World T20 title, Dhoni now had the experience of four years which showed in the World Cup 2011.

Dhoni's winning six to bring up the victory in the 49th over remains one of the greatest moments in the history of Indian cricket.

In the final, the Australians took hold of the game early and dismissed New Zealand for 183, before chasing the target easily under the leadership of Clarke.

The captains of the participating teams for the upcoming Cricket World Cup are: