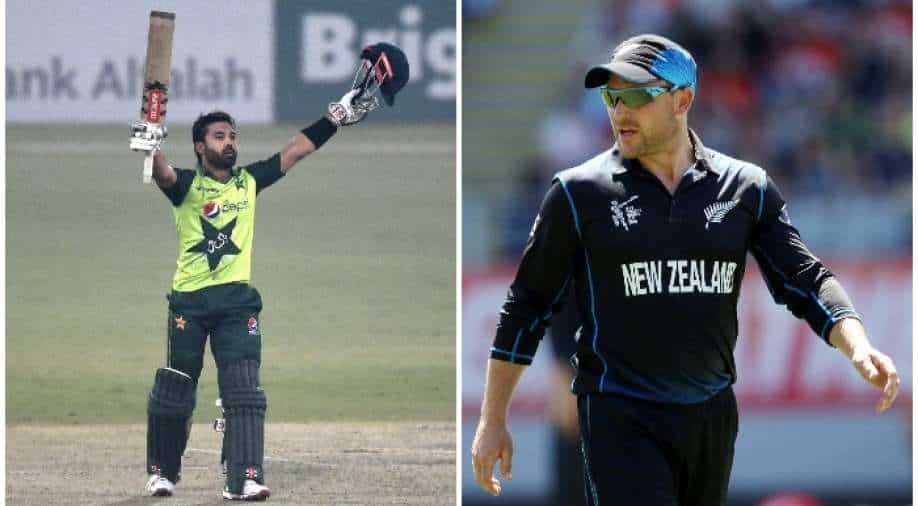 Pakistan wicketkeeper-batsman Mohammad Rizwan joined former New Zealand skipper Brendon McCullum in an exclusive list of glovesman to have scored a century in all three formats of cricket - Test, ODI and T20I.

Pakistan wicketkeeper-batsman Mohammad Rizwan joined former New Zealand skipper Brendon McCullum in an exclusive list of glovesmen to have scored a century in all three formats of cricket - Test, ODI and T20I.

Rizwan smashed an unbeaten 104 runs off just 64 deliveries laced with six boundaries and seven sixes to help Pakistan post 169 runs on the scoreboard in the first T20I against South Africa at the Gaddafi Stadium in Lahore.

Rizwan scored his maiden Test ton, against South Africa, in the recently concluded two-match Test series, which Pakistan won 2-0. The Pakistan wicket-keeper batsman has two ODI centuries – both against Australia in the year 2019,

Before Rizwan, McCullum was the only wicketkeeper-batsman to have scored at least a century across formats.

Rizwan started his knock at a slow rate, scoring run a ball, before upping the ante in the second half of the innings as he smashed the Proteas bowlers all over the park at the Gaddafi Stadium. He was received by his teammates in the dressing room amid standing ovation as he took Pakistan to a competitive total.

Rizwan, with his blistering knock, became the first Pakistan batsman to hammer seven sixes in an innings while also becoming the second Pakistan batsman, after Ahmed Shehzad, to score a ton in T20Is.