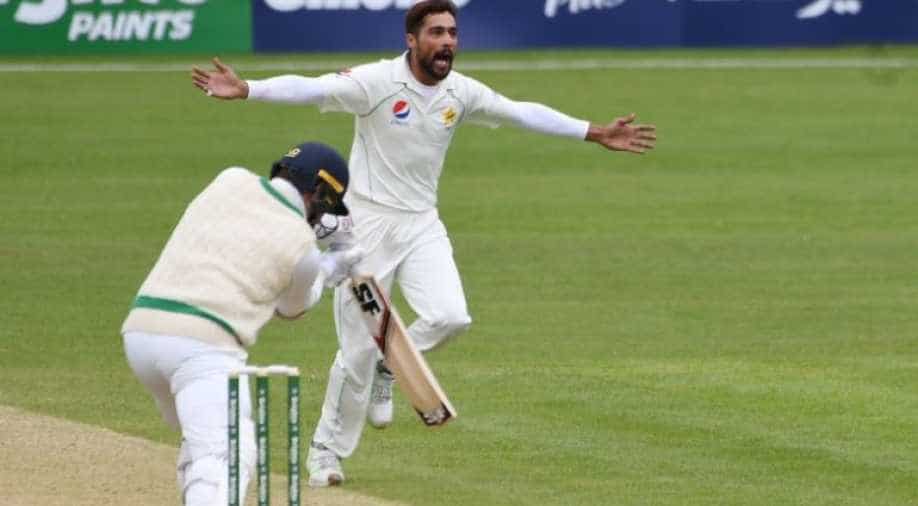 "It has been an honour to represent Pakistan in the pinnacle and traditional format of the game," the 27-year-old, who made his Test debut against Sri Lanka in Galle in July 2009, said in a statement.

"I, however, have decided to move away from the longer version so I can concentrate on white-ball cricket.

"Playing for Pakistan remains my ultimate desire and objective, and I will try my best to be in the best physical shape to contribute in the team's upcoming challenges, including next year's ICC T20 World Cup."

He retires from Test cricket with 119 wickets from 36 matches.https://t.co/UfCtFB9y24

Amir was one of three Pakistan players jailed for his part in a spot-fixing scandal against England the previous year, when he was only 18.

After serving three months in prison and a five-year ban from all forms of cricket, Amir returned to the Pakistan squad in Jan. 2016.

The left-arm bowler has since excelled in limited-overs cricket, helping Pakistan to the Champions Trophy title in 2017.

Amir was the pick of the bowlers for Pakistan in the recent 50-overs World Cup in England with 17 wickets but the Sarfaraz Ahmed-led side finished fifth in the group stage and narrowly missed out on a semi-final spot.

"He overcame adversity as a young cricketer and came back stronger not only as a cricketer but also as a better human being," Pakistan Cricket Board managing director Wasim Khan said.

"His skill, on the field, and his personality will be missed in the dressing room in the longer format."