'Not in spirit of game': MCC's take on Ravichandran Ashwin's 'Mankad' on Jos Buttler 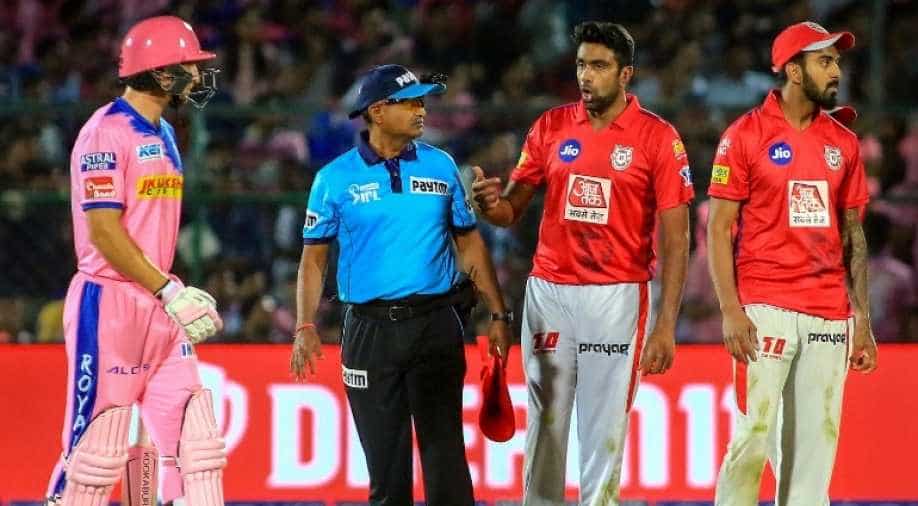 The MCC changed its stance because Ashwin paused after his delivery stride and waited for Buttler to leave the crease before whipping the bails off.

Ravichandran Ashwin's recent 'Mankad' dismissal of Jos Buttler in the Indian Premier League was not "within the spirit of the game", the Marylebone Cricket Club (MCC) has said after reviewing footage of the incident.

The MCC, the custodian of cricket's laws, had earlier said the decision could have gone either way depending on how 'the instant when the bowler would normally have been expected to release the ball' is interpreted.

"Having extensively reviewed the incident again and after further reflection, we don't think it was within the spirit of the game," Fraser Stewart, the MCC's manager of the laws of cricket, told the Daily Telegraph.

Punjab captain Ashwin sparked a chorus of disapproval from fellow players and pundits after running out Buttler when the Rajasthan Royals batsman was backing up at the non-striker's end instead of completing his delivery.

Also Read: Ashwin's 'Mankading' controversy: If it is legally correct then it should be in the spirit of the game

The dismissal, named after India bowler Vinoo Mankad who ran out Australia's Bill Brown in similar fashion in 1947, is permitted under cricket's laws but viewed by some as going against the spirit of the game.

The MCC changed its stance because Ashwin paused after his delivery stride and waited for Buttler to leave the crease before whipping the bails off.

"We believe the pause was too long between the time Ashwin reached the crease and the moment it was reasonable to expect the ball would be delivered," Stewart added.

"Buttler, it's fair to say, did not make a concerted effort to get back into his crease after Ashwin had delayed his delivery, and didn't help himself in that respect."

Stewart said non-strikers should stop trying to gain an advantage by backing up before the ball was bowled.

"It's also unfair and against the spirit of cricket for non-strikers to leave their ground too early," he added. "All these debates wouldn't be necessary if non-strikers remained in their ground until the ball is on its way down the pitch."