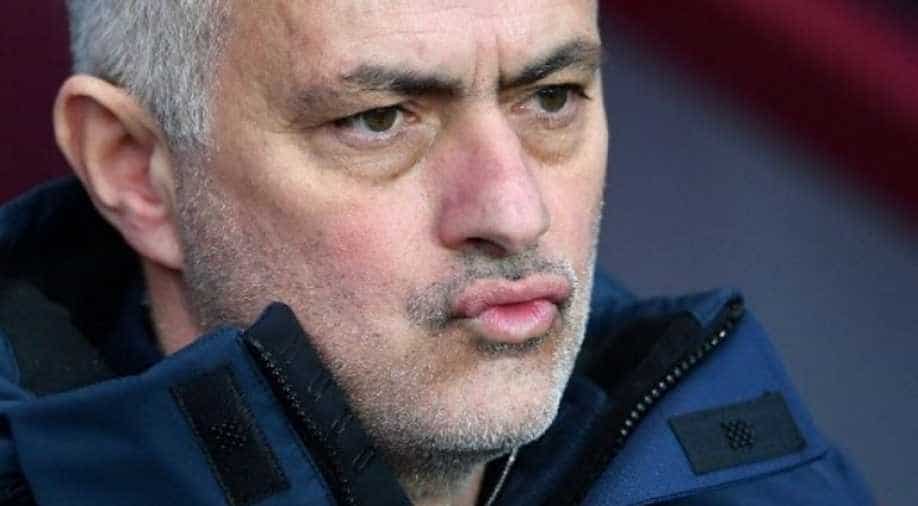 Tottenham manager Jose Mourinho is unhappy that Gareth Bale's return to the Wales squad next week will be partly overseen by a coach at North London rivals Arsenal.

Tottenham manager Jose Mourinho is unhappy that Gareth Bale's return to the Wales squad next week will be partly overseen by a coach at North London rivals Arsenal.

Wales boss Ryan Giggs is not taking charge of games against the United States, Ireland and Finland later this month after being arrested on suspicion of assaulting his girlfriend.

The former Manchester United star denies all allegations against him, but "mutually agreed" with the Football Association of Wales to sit out the upcoming matches.

Robert Page will take temporary charge with Albert Stuivenberg, who is also on Mikel Arteta's staff at Arsenal, acting as assistant manager.

"The fact that one of the coaches is an Arsenal coach does not make me very comfortable," said Mourinho. "National team matches should have coaches that work exclusively for them, not coaches who work for other clubs."

Bale is edging closer to full fitness after an injury-hit start to his second spell at Spurs.

He scored his first goal since returning on loan from Real Madrid in the 2-1 win against Brighton last weekend, but is yet to complete 90 minutes this season.

"He's working so much and we're all working so carefully with him that we don't want to destroy the work everybody is doing for the last couple of months."

Last month Mourinho put pressure on England manager Gareth Southgate not to play Harry Kane in a friendly against Wales.

And he repeated the call for Bale to miss the friendly against the USA to prioritise the Nations League clashes with Ireland and Finland.

"Wales has two matches where they play for the Nations League and I expect him to play," said Mourinho. "But if they care as much about him as we do, they have to manage the recovery period.