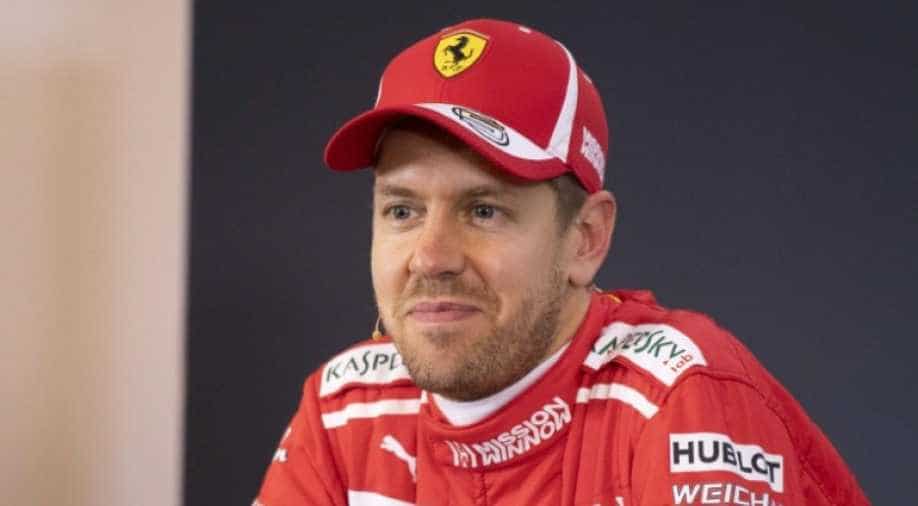 The most successful team in Bahrain, with six wins overall, can draw encouragement from last year when Mercedes were faster in Australia only for Ferrari to turn the tables with a front-row lockout and victory for Vettel.

Sebastian Vettel will be aiming for his third successive Bahrain Grand Prix win on Sunday as Ferrari seek to show their lack of pace in Formula One’s Australian season opener was a one-off.

Tipped as pre-season favourites, the German and new team mate Charles Leclerc finished fourth and fifth in Melbourne, nearly a minute behind the dominant race-winning Mercedes of Valtteri Bottas.

Albert Park can be seen as something of an outlier but Ferrari hope the more traditional layout of Bahrain’s 5.4-km Sakhir desert track will allow them to unlock the full potential of the SF90 car.

The most successful team in Bahrain, with six wins overall, can draw encouragement from last year when Mercedes were faster in Australia only for Ferrari to turn the tables with a front-row lockout and victory for Vettel.

That also started a streak of three straight pole positions for the German.

"In Bahrain, we expect to see the effect of the corrections we have made ...," said principal Mattia Binotto, who replaced Maurizio Arrivabene at the helm before the start of the season.

"We are well aware that our competitors will once again be very strong. With that in mind, we are keen to get back on track and face up to them."

Bottas, having driven what he described as the race of his life in Australia to finish more than 20 seconds ahead of team mate Lewis Hamilton in second place, will be keen to serve up a thriller under the floodlights.

Having come within a second of snatching victory from Vettel last year, Bottas has some unfinished business on Sunday while Hamilton, who has taken two of Mercedes’ three wins in Bahrain, will be keen to reassert his supremacy.

"Whatever the Melbourne result says, our mindset hasn't changed since then," he said.

"We've seen the potential of Ferrari's package in Barcelona (testing), so we expect them to come back strong in Bahrain, with Red Bull in the mix as well."

Frenchman Pierre Gasly, now driving alongside Verstappen, finished fourth for Honda-powered Toro Rosso in Bahrain last year and will be hoping to do even better on Sunday.

McLaren, which counts Bahrain’s Mumtalakat Holding Company among its major shareholders, will be looking for their first points after Lando Norris finished 12th and Carlos Sainz retired in Australia.

Bahrain will also mark the start of the Formula Two Championship with Mick Schumacher, son of seven-times Formula One champion Michael and nephew of Ralf, making his debut in the support category.

Schumacher, a part of Ferrari’s young driver academy, is also scheduled to take part in a post-race test with Ferrari and Alfa Romeo.