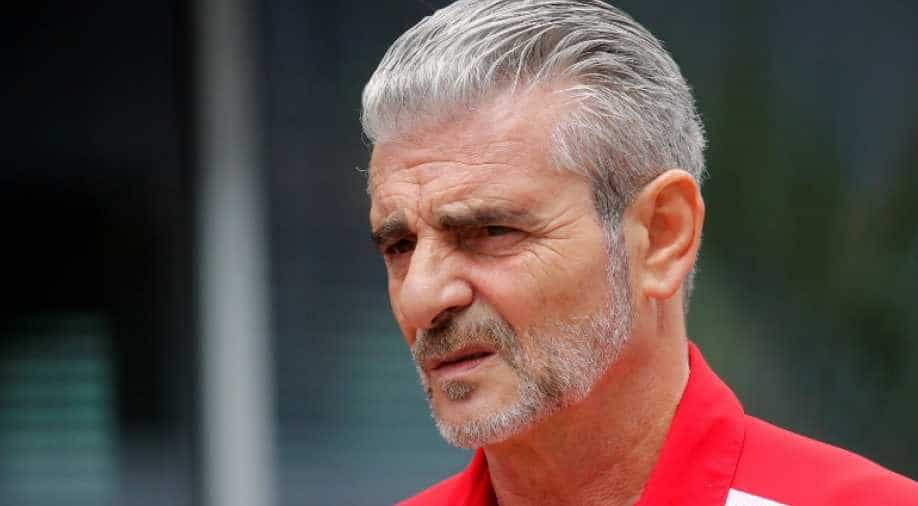 Arrivabene paid the price for Ferrari's continuous lack of titles.

Ferrari appointed Mattia Binotto as their fourth Formula One principal in less than five years on Monday, with previous incumbent Maurizio Arrivabene paying the price for their continuing lack of titles.

The upheaval, little more than two months before the start of the season in Australia on March 17, had been flagged up before the official announcement by the Gazzeta dello Sport newspaper.

"After four years of untiring commitment and dedication, Maurizio Arrivabene is leaving the team," Ferrari said in a statement.

"The decision was taken together with the company’s top management after lengthy discussions related to Maurizio’s long term personal interests as well as those of the team itself."

Arrivabene was appointed principal of the sport's oldest, most successful and glamorous team in November 2014, replacing Marco Mattiacci who had taken over after Stefano Domenicali resigned in April of that year.

Binotto, a Ferrari stalwart with more than two decades of experience at Maranello, takes over with immediate effect and with all of the team's technical areas continuing to report directly to him.

Ferrari won six of the 21 races last season but their title challenge evaporated in the second half of the year and Mercedes won both the drivers' and constructors' crowns for the fifth year in a row.

The Italian team's most recent driver's title was with Kimi Raikkonen in 2007, a year before they took their last constructors' championship.

Ferrari have won a record 16 constructors' titles and are unique in having competed in every season since the first in 1950.

Arrivabene's tenure had looked uncertain for some time, with reports as far back as October, 2017 suggesting Binotto could replace the former Philip Morris marketing executive.

Strategic blunders by the team last year only increased the pressure on a principal with little love or time for the media.

The team meanwhile adopted something of a siege mentality under his leadership.

Former chief engineer Luca Baldisserri spoke in 2016 of a 'climate of fear' at Maranello with staff allegedly reluctant to take risks in case they were fired by bosses with little racing experience.

The death in July last year of combative chairman Sergio Marchionne, who had exercised the real power, triggered a change at the top with Louis Camilleri taking over as chief executive and John Elkann, a scion of Italy's gilded Agnelli family, as chairman.

Media reports last year had indicated that Marchionne was already planning, before he died of complications during cancer surgery, to replace Arrivabene with Binotto.

Binotto, who has risen through the ranks to technical director and overseen a big step up in engine performance, had reportedly been a target for rival constructors and Ferrari were determined to retain his services.

How well equipped he is to fight Ferrari's corner in delicate talks about the sport's future post-2021, with the sport's owners keen to see a more level playing field, remains an open question.

Finland's Raikkonen, world champion in 2007, has moved to Sauber.