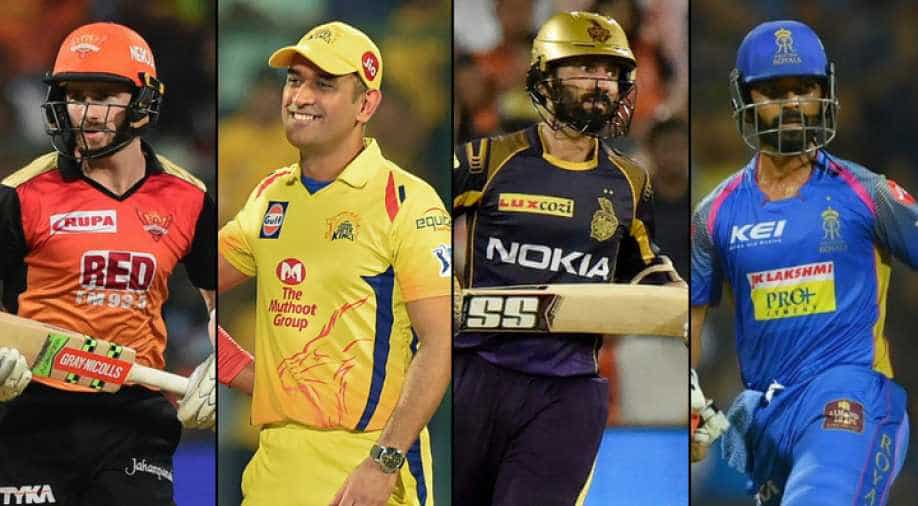 Indian Premier League 2018 has entered it's last week and the franchise is all set for the knockout stage.

The top four teams - Hyderabad, Chennai, Kolkata and Rajasthan- have made it to the the tournament’s play-offs.

Hyderabad became the first team to qualify, with nine wins out of 14 games played. They are placed at number 1 in the league table with 18 points.

Punjab’s defeat brought Rajasthan in the contention. They became the fourth team to qualify in the top four.

With Monday being a break day to catch our breaths, the action will resume on Tuesday, May 22.

The winner of the match will enter the Qualifier 2, where they will clash with the losing side of Qualifier 1. That match will take place on Friday, May 25.

The winners of Qualifier 1 and Qualifier 2 will clash for the IPL 2018 trophy on Sunday, May 27.

The playoff games and final will begin at 7 pm.

Meanwhile, the eliminator and Qualifier 2 will be held at Eden Gardens, Kolkata.

The playoff games and final will also begin at 7 pm.