Manchester United punished as old frailties at both ends return 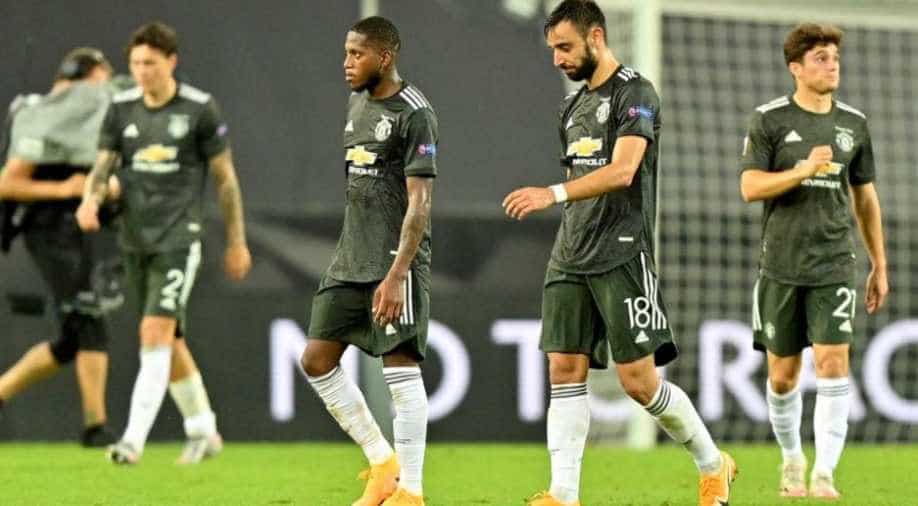 Will Manchester United get out of their group? Photograph:( Reuters )

Manchester United crashed out of the Europa League semi-finals with a 2-1 defeat by the competition’s record five-time winners Sevilla after palpable frailties throughout the season came back to haunt them at crunch time.

Manchester United crashed out of the Europa League semi-finals with a 2-1 defeat by the competition’s record five-time winners Sevilla after palpable frailties throughout the season came back to haunt them at crunch time.

Poor finishing coupled with sloppy defending, which cost United points in the early stages of the Premier League, put them to the sword in a match which they dominated after Bruno Fernandes gave them a ninth-minute lead.

United’s cracks were succinctly summed up by their former trophy-laden central defender Rio Ferdinand, who won six Premier League titles and the 2008 Champions League during the club’s golden era under Alex Ferguson.

“You don’t take ya chances you get punished. You don’t defend well you get punished. No need for insight tonight,” Ferdinand tweeted after United were condemned to their third semi-final exit of the season, following the FA Cup and the League Cup.

A pair of innocuous-looking crosses from either flank led to Sevilla’s goals as United’s defenders, positioned like statues in their area, allowed the ball to travel across the face of goal to the scorers.

Suso swept in the equaliser and Luuk De Jong was given all the time and space in the world to slot home the winner after Victor Lindelof switched off.

Fernandes and Lindelof almost came to blows after De Jong’s goal, which summed up a miserable evening for United, who missed numerous gilt-edged chances at the other end.

Sevilla’s Moroccan goalkeeper Yassine Bono kept out a string of sitters but Fernandes, Marcus Rashford and, in particular, Anthony Martial will rue not putting away chances when United were on top.

“We played a great game and created a lot of chances but in football it’s not enough - we missed a lot in front of goal,” conceded Fernandes.