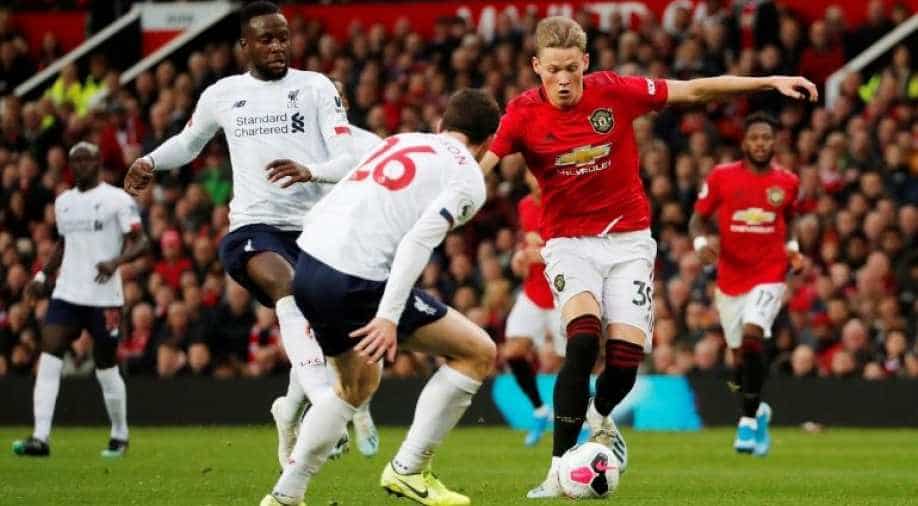 United stewards ejected the fan, who British media reported had targeted Liverpool defender Trent Alexander-Arnold, in the first half of the game.

Manchester United have indefinitely banned a supporter who allegedly directed racist abuse at a Liverpool player in Sunday's 1-1 draw in the Premier League, the club said.

United stewards ejected the fan, who British media reported had targeted Liverpool defender Trent Alexander-Arnold, in the first half of the game.

"Following our investigation into the alleged incidence of racist abuse on Sunday, we have issued an indefinite ban to the individual involved," a United spokesperson said in a statement to the British media.

"This individual is not welcome at Old Trafford and we want to reinforce that we will continue to take strong action against anyone who we identify has engaged in racist or discriminatory abuse, either online or at our matches.

"Racism and all forms of discrimination are completely unacceptable and do not reflect the values of our club."

The fan can appeal against the ruling, the statement added,

The Premier League has urged fans to report abuse at matches as part of their No Room for Racism campaign.

The United ban is the latest in a series of incidents with alleged racist overtones at soccer games in Britain over the weekend.

An FA Cup fourth qualifying round match between Haringey Borough and Yeovil Town was abandoned on Saturday due to reports of fans racially abusing Haringey's players.

On Sunday, Championship (second-tier) side Bristol City said it was investigating allegations of racist language used by its fans during a 3-0 away defeat at Luton Town a day earlier.

Scottish Premiership side Heart of Midlothian launched an investigation into allegations that fans had directed racial abuse towards Rangers striker Alfredo Morelos during Sunday's 1-1 draw.