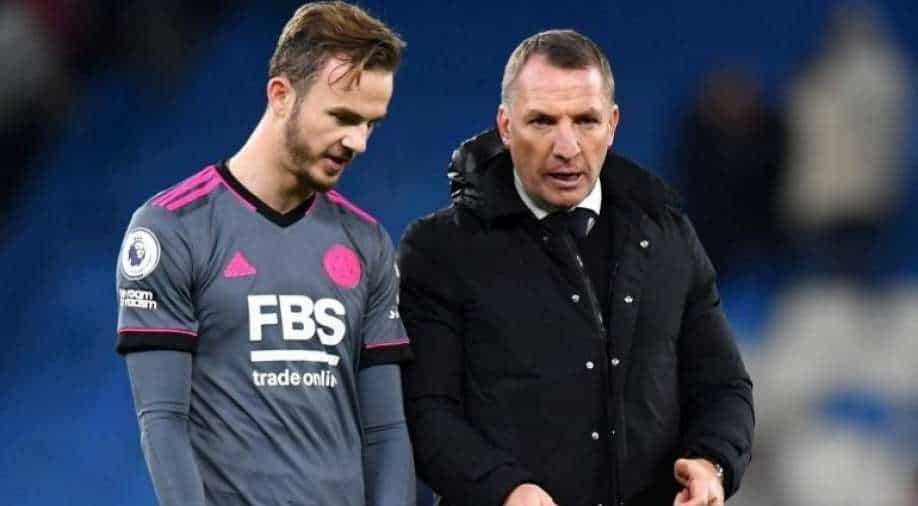 Leicester are 10th in the league standings with 22 points from 17 games, 19 points adrift of second-placed Liverpool.

Leicester City manager Brendan Rodgers said it was "ridiculous" that they have to return to action against Liverpool just 48 hours after playing Manchester City given the growing injury list at the club.

Rodgers' side host Liverpool on Tuesday following their extraordinary 6-3 defeat by the Premier League champions on Boxing Day, when Leicester were without a number of first-team regulars.

"It's a ridiculous schedule, we all know that. Players aren't fully recovered for 72 hours after a game so for us to be playing on Tuesday against Liverpool is ridiculous," Rodgers said on Monday.

"We have to play the game so there will be virtually no physical work, just recovery work and then we'll look at some videos and prepare from there."

Ryan Bertrand did not feature at the Etihad Stadium on Sunday after twisting his knee in the warm-up, while Jamie Vardy and Wilfred Ndidi were not brought on from the bench due to hamstring problems.

Ricardo Pereira, Caglar Soyuncu, Jonny Evans and Wesley Fofana are among a host of others who remain sidelined due to injury.

Rodgers added that his team were at a disadvantage since Liverpool had the weekend off following the postponement of their Boxing Day clash against Leeds United to a COVID-19 outbreak in the opposition camp.

"Liverpool haven't played since our League Cup game (last week) so they'll be able to bring players back in. That`s what we have to deal with. It's a huge challenge for us but it's a challenge we're up for," he said.

"I don't think we can (make many changes). In the last few seasons we've been able to do that but we certainly won`t be able to do that. Some of the players will have to go again."

Leicester are 10th in the league standings with 22 points from 17 games, 19 points adrift of second-placed Liverpool.