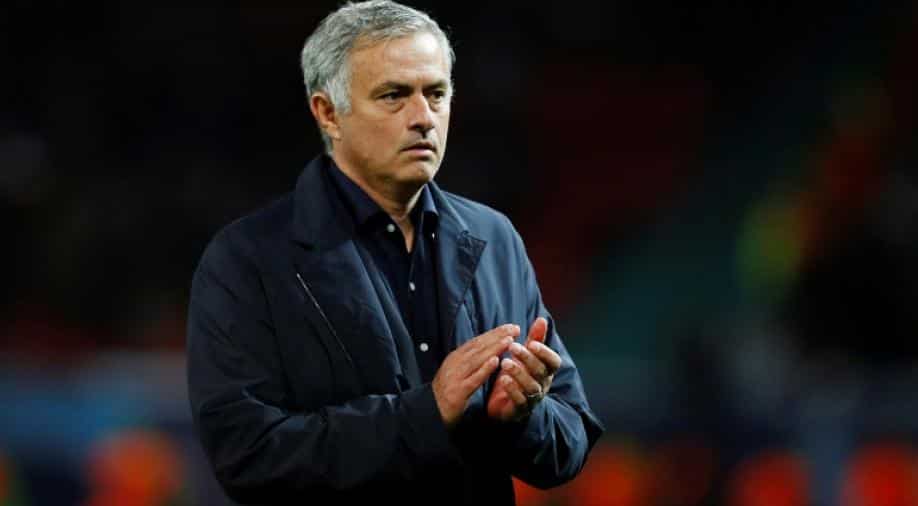 United face Crystal Palace at Old Trafford on Saturday with Mourinho having an almost full-strength squad to pick from.

Manchester United manager Jose Mourinho believes his team can break into the Premier League's top four before the end of the year despite languishing in eighth place, seven points off the Champions League qualification spots.

United face Crystal Palace at Old Trafford on Saturday with Mourinho having an almost full-strength squad to pick from.

"24 points for us to fight for, the other ones in the top four to fight too, but I believe we are going to be there," said the United boss.

Mourinho's side face some tough tests before the end of the year, however, with Arsenal visiting Old Trafford on Dec. 5 and United travelling to Anfield to take on Liverpool on Dec. 16.

United`s last outing, before the international break, was the 3-1 defeat to Manchester City and since then Mourinho says some of the injuries in his squad have healed.

"Anthony Martial stayed with us, he didn’t go to the national team, the national team was aware of his problems and with permission he stayed, he worked really hard on that," Mourinho said, referring to the French forward`s muscle problems.

"He was in a pre-injury situation, he worked really hard, he’s ready for tomorrow, he plays for tomorrow. Is he ready to play three in a row in the same week? I don’t know, but the most important match is the next," he said.

Midfielder Marouane Fellaini also skipped national-team duty and is fit to face Palace and Mourino said there was good news on other concerns.

"The boys in the national teams, (Marcus) Rashford came with a little problem but is ready, (Romelu) Lukaku is ready, I would say ready with a little bit of a risk, but ready and Paul (Pogba) we knew with this break he would recover from that small muscular injury, so we don’t have players I can say are out of the game tomorrow. We have a huge group of 23 to choose from for tomorrow."