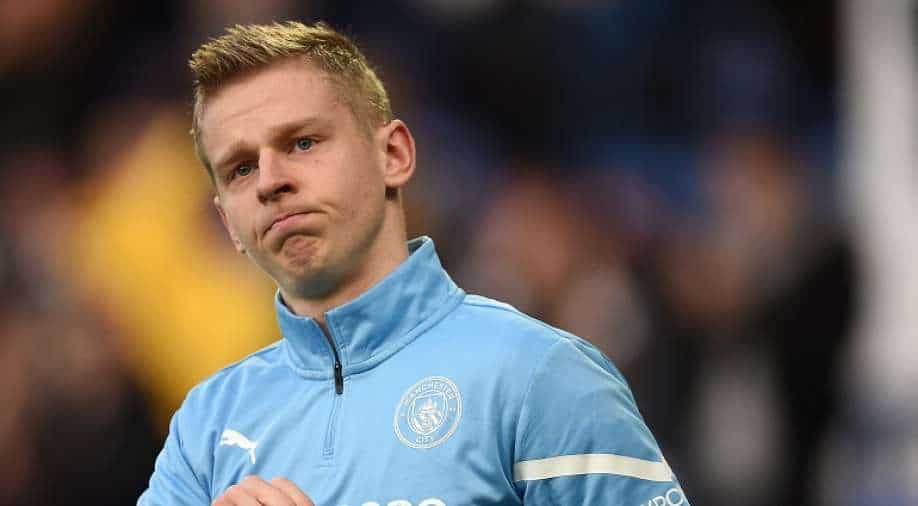 Zinchenko attended a vigil in the centre of Manchester last week to protest against the invasion. Photograph:( AFP )

Athletes from Ukraine and other nations have called on international bodies to take action after Russia launched its invasion by land, air and sea last week following a declaration of war by President Vladimir Putin.

Russia calls its actions in Ukraine a "special operation."

Zinchenko's plea came shortly before the International Olympic Committee's executive board recommended on Monday that international sports federations ban Russian and Belarusian athletes and officials from events, while FIFA are set to suspend Russia's national teams.

"Exclude Russia from all sports international governing bodies," Zinchenko wrote on Instagram. "Ban any Russian athletes from participating in any international competitions.

"Support Ukraine with information! Join to sharing true information about actions of the aggressor countries!"

Zinchenko attended a vigil in the centre of Manchester last week to protest against the invasion, and was on the bench in City's 1-0 Premier League win over Everton on Saturday.

City manager Pep Guardiola said Zinchenko will be available to play in their FA Cup fifth-round tie against Championship (second-tier) side Peterborough on Tuesday.

"Absolutely, I think it will be good for him to play and show the reason why he is here, to play football," Guardiola told reporters on Monday. "He's a magnificent player."