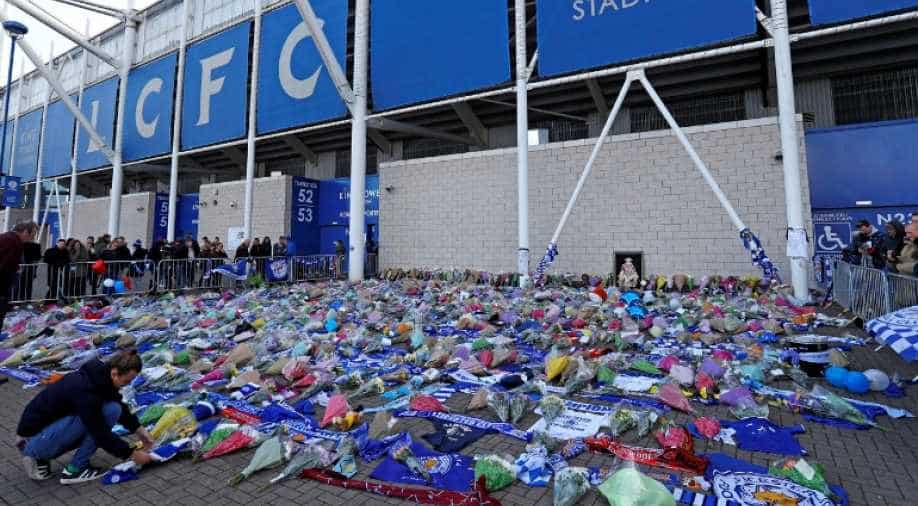 The team has postponed its upcoming League Cup fixture against Southampton.

Leicester City soccer club owner Vichai Srivaddhanaprabha, a Thai tycoon, was killed along with four others when his helicopter crashed and then exploded after a Premier League match on Saturday.

"It is with the deepest regret and a collective broken heart that we confirm our chairman, Vichai Srivaddhanaprabha, was among those to have tragically lost their lives on Saturday evening when a helicopter carrying him and four other people crashed outside King Power Stadium," the club said in a statement.

The statement further added that the club's thoughts were with "the Srivaddhanaprabha family and the families of all those on-board at this time of unspeakable loss".

A book of condolence will be opened at the stadium from Tuesday and the team has postponed its upcoming League Cup fixture against Southampton.

Previously, the match between Leicester City Women and Manchester United Women has also been postponed.

The Foxes also confirmed their reserves league match against Derby County has been postponed.

Leicester City Women wrote on Twitter: “In light and in respect of the recent events at King Power Stadium our @FAWC_ fixture against @ManUtdWomen has been postponed.

Our Reserves league match against Derby County Ladies has also been postponed.

If you purchased a ticket online for the Manchester United match, you will shortly receive an email with your next steps.

"A newly arranged date will be communicated once confirmed."

"Our Reserves league match against Derby County Ladies has also been postponed."

Also, Crystal Palace hosted Arsenal at Selhurst Park with players wearing black armbands to pay tribute to any victims of the crash while Burnley hosted Chelsea at Turf Moor where a minute's silence was accompanied by a military band's tribute to remembrance day.