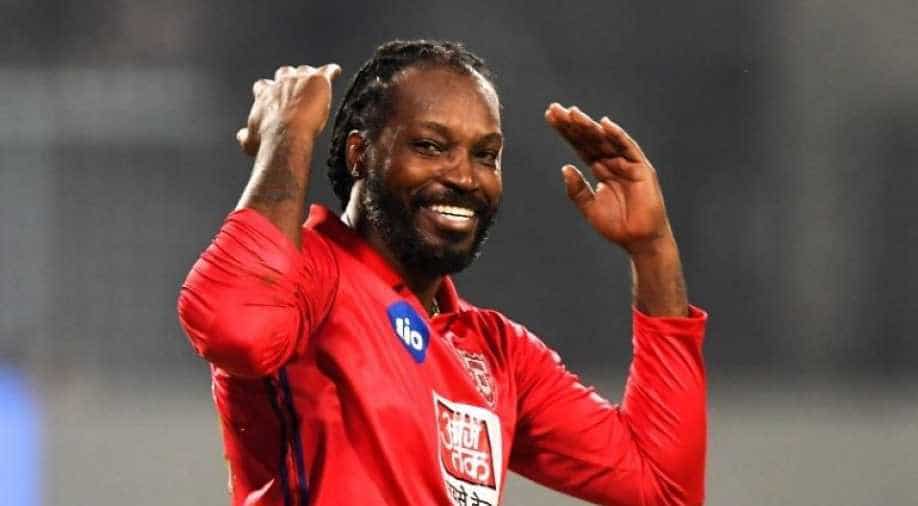 Gayle calls himself the "Universe Boss", a brash tag in keeping with his big-hitting exploits in the Indian Premier League (IPL).

He is one of the most popular and followed overseas players and has a huge fan base in India. From his giant sixes to off-field joshes, he never failed to entertain the fans. Gayle also credited the support he gets as "the number one support".

The southpaw was part of the Royal Challengers Bangalore (RCB) from 2011 to 2017 and played some match-winning knocks for the Virat-led team.

When Dirk Nannes was ruled out of the tournament, RCB named Gayle as his replacement, and he stayed there for almost six years. For RCB, Gayle played 85 matches and scored 3,163 runs.

"Kohli Kicked me out of RCB. So, the relationship is spoiled now (laughing)," Gayle gave a witty reply on being asked about his relationship with Indian skipper.

Gayle further spoke about the time he spent with the RCB team, "It's been good, some great moments playing together for RCB. I got to know him over the years."

"He (Kohli) is a passionate guy, you know, he has achieved so much. He is looking to be one of the greatest players of all time for India. His records speak for himself. He has a fantastic record," Gayle added.

"There are so many things to like about India. First of all, hospitality. It's fantastic. The food is fantastic, this is the number one support base as well. Fans are always chanting Chris Gayle," Gayle said on his huge fan following in India.

"There is one particular moment: When I was playing in the T20 World Cup, something happened and I couldn't open the batting. The crowd was chanting 'we want Gayle'. That was one very touching moment for me. It gave me goosebumps to hear fans chanting my name. It was fantastic and touching," said Gayle.

Gayle currently plays for the King XI Punjab in the IPL as he was bought by the franchise in 2018.